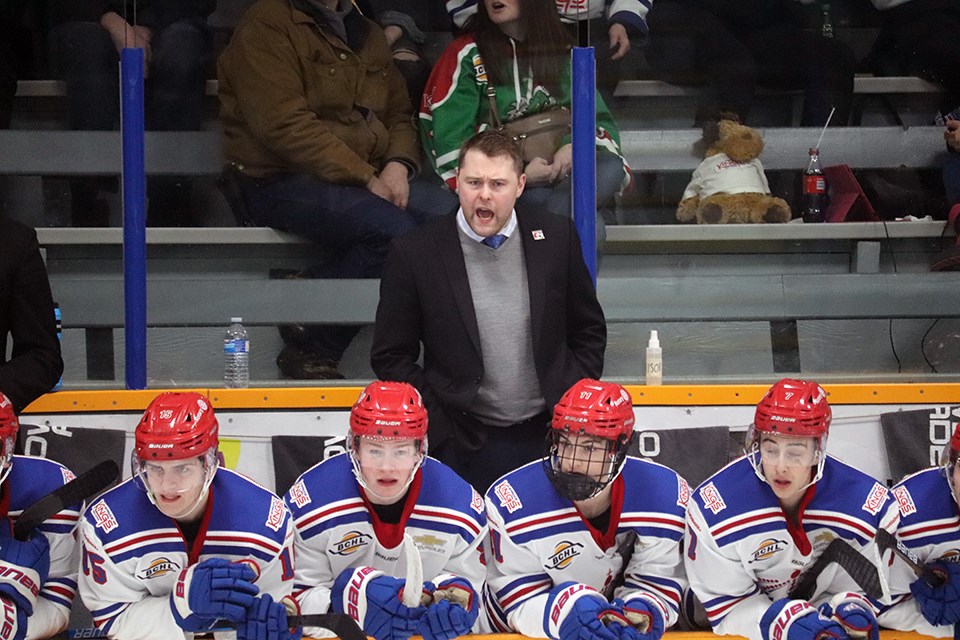 It appears the Spruce Kings’ extended training camp is paying off in its early stages.

Prince George’s junior ‘A’ hockey club travelled to Merritt ahead of Thanksgiving for the first of eight exhibition cohort games before the Dec. 1 start to the 2020-21 season, as a result of COVID-19.

The red, white and blue took the first of five contests against Merritt, surging through to a 4-1 win against the Centennials in the fan-less Nicola Valley Memorial Arena.

The first game-play test proved well for both the younger and the older players.

Prince George scored four unanswered goals, starting with Rowan Miller over the 10-minute mark of the opening period on a power-play, which was followed 88 seconds later by Borovinskiy’s marker for a 2-0 lead.

In the next frame, Corey Cunningham got on the board at 3:27 unassisted for a 3-0 advantage.

Nick Rheaume, another 2020-21 rookie, lit the lamp in the ladder-half of the second to give the visiting Spruce Kings a commanding 4-0 lead.

Merritt broke the shut out opportunity for Prince George goaltender Aaron Trotter more than a minute later to cut the score to 4-1 after 40 minutes.

The third period may have been scoreless but it was not without its rough-and-tough play as both Prince George and Merritt totalled 20 penalty minutes.

Trotter’s first victory of the exhibition round came with 27 saves on 28 shots.

The Spruce Kings’ next cohort match will be in Merritt once again, slated for Friday, Oct. 23, two days before they’ll host the Cents at the Rolling Mix Concrete Arena on Sunday, Oct. 25 at 3 p.m.

Prince George Spruce Kings send second player to Swan Valley Stampeders
Oct 7, 2020 10:35 AM
Comments
We welcome your feedback and encourage you to share your thoughts. We ask that you be respectful of others and their points of view, refrain from personal attacks and stay on topic. To learn about our commenting policies and how we moderate, please read our Community Guidelines.