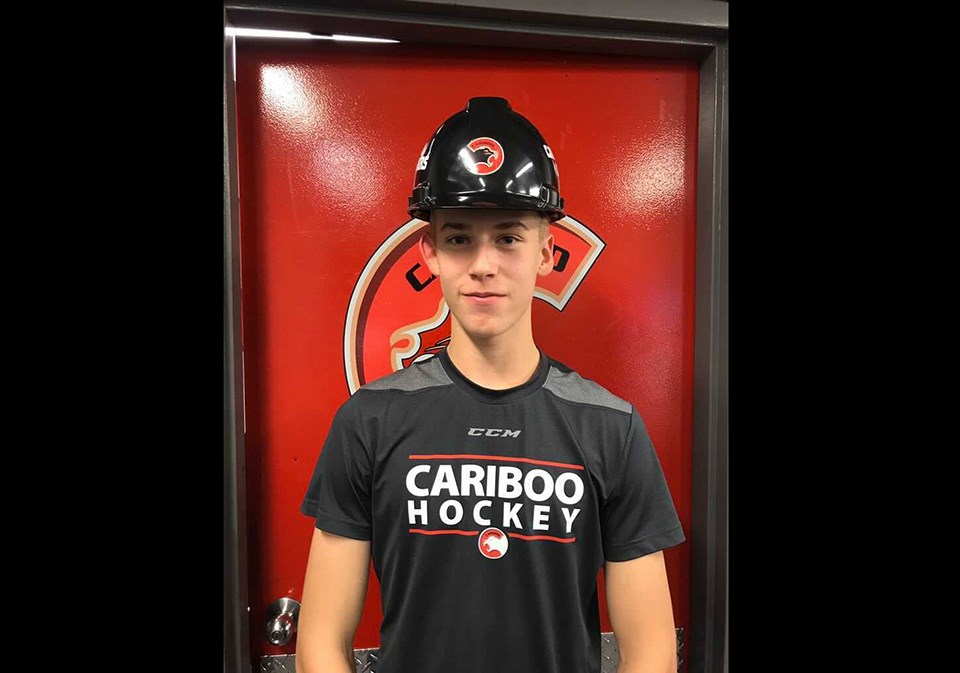 The Prince George Spruce Kings are adding some locally-produced talent between the pipes for the upcoming season.

Jordan Fairlie is jumping to the Junior ‘A’ ranks in signing with the Kings today (Oct. 15) after spending last year developing with the Cariboo Cougars in U-18 AAA play.

The 17-year-old is the third Spruce Kings goaltender for the 2020-21 campaign in addition to Carter Woodside and Aaron Trotter, who recorded 27 saves on 28 shots in the team’s first exhibition victory in Merritt on Saturday (Oct. 10).

“With the uncertainty regarding the access to affiliate players this season, I decided that we should carry three goaltenders,” said Prince George General Manager Mike Hawes in a statement.

“It isn’t unlike what they do in NCAA Hockey.”

The Fort St. John posted a 2.47 goals-against average in his 2019-20 campaign in splitting netminding duties with Kenny Gerow.

.@cariboocougars pull off an upset at the 2020 Mac’s Tournament 📸 With 31 seconds left in their final round-robin contest, John Herrington scored the game-winner & goaltender Jordan Fairlie stopped 23 shots in a 3-2 victory over @RaidersAAA | #CityOfPG @BCHockey_MML @PGMatters pic.twitter.com/38buzyXCPw

In the season prior, he suited up with the Okanagan Hockey Academy and recorded a .906 save-percentage.

“We are very familiar with Jordan and what he is capable of as a goaltender,” says Prince George General Manager Mike Hawes in a statement.

“With that in mind, we are excited to be adding him to our roster.”

Fairlie is the second Cariboo Cougar to join the Spruce Kings after John Herrington committed with the club in January.

The Spruce Kings’ second of eight exhibition cohort games is scheduled for Friday, Oct. 23 in Merritt once again.

The 2020-21 BCHL season is slated to begin Dec. 1 as a COVID-19 plan continues to be finalized by league officials and the provincial health office.

‘This group has some big plans’: Cariboo Cougars eagerly ready to get back to game-play
Oct 1, 2020 12:15 PM
Comments
We welcome your feedback and encourage you to share your thoughts. We ask that you be respectful of others and their points of view, refrain from personal attacks and stay on topic. To learn about our commenting policies and how we moderate, please read our Community Guidelines.