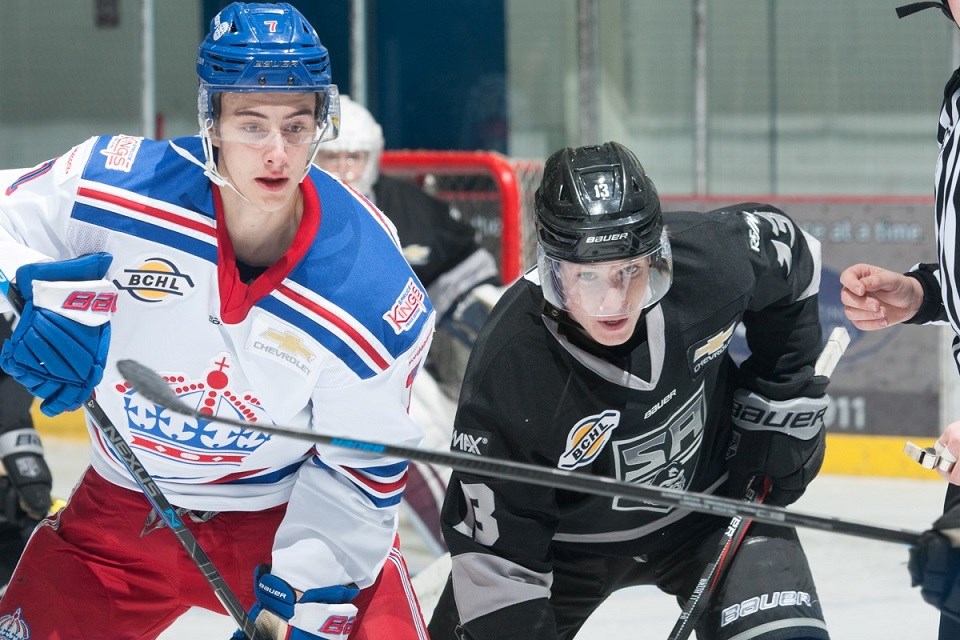 Jackson Zloty (#7) has been traded to Manitoba from the Prince George Spruce Kings. (via Salmon Arm Silverbacks)

After a half-season stint in the northern capital, Jackson Zloty is headed to Mantioba.

The Prince George Spruce Kings are shipping the 20-year-old to the Swan Valley Stampeders on Tuesday (Oct. 6), marking the second time in two months the clubs virtually shook hands on a trade deal.

In August, the Kings swapped Haydn Delorme to the MJHL squad in exchange for future considerations, which is also what Prince George will be receiving to complete Zloty’s deal.

The Calgary product was picked up by the red, white and blue at the 2019-20 trade deadline on Jan. 10 having scored 15 points in 41 games in Alberta’s junior ‘A’ league.

The team, after city council recently approved the reopening of the Rolling Mix Concrete Arena on Monday (Oct. 5), is set to welcome the Merritt Centennials for a pair of exhibition games on home ice.

They’re set to square off on Oct. 25 and Nov. 7, while also enduring six other cohort games on the road in Merritt, Trail and Cranbrook.

Prince George Spruce Kings’ newest player has Hungarian roots
Sep 22, 2020 7:35 AM
Comments
We welcome your feedback and encourage you to share your thoughts. We ask that you be respectful of others and their points of view, refrain from personal attacks and stay on topic. To learn about our commenting policies and how we moderate, please read our Community Guidelines.