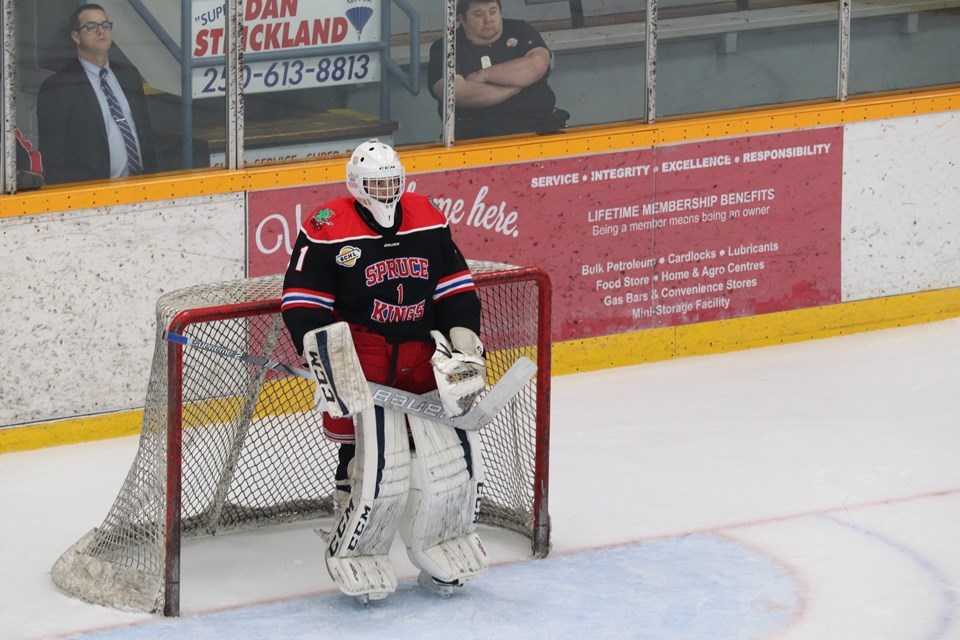 Before more than 1,000 fans and residents, the red, white, and blue blanked the visiting Surrey Eagles by a score of 5-0, allowing Logan Neaton to nab his fourth career BCHL shutout.

Dustin Manz beat the buzzer with his third shorthanded goal of the season for the Spruce Kings, securing a 3-0 lead after the opening 20 minutes.

1.0 seconds left as it went in

After a scoreless second, Prince George product Corey Cunningham potted his seventh marker of the year two minutes into the third.

Prince George would hang on for the win after the fifth and final goal was scored on the power-play by Nick Bochen 76 seconds after Cunningham’s.

The Chilliwack Chiefs also won their game Friday against Coquitlam, increasing their lead to seven points ahead of Prince George.

The Spruce Kings will look to sweep a sixth home weekend series tonight against the Eagles; puck drop goes for 7 p.m.

Three Prince George Spruce Kings commit to college hockey in two weeks
Jan 18, 2019 7:35 AM
Comments
We welcome your feedback and encourage you to share your thoughts. We ask that you be respectful of others and their points of view, refrain from personal attacks and stay on topic. To learn about our commenting policies and how we moderate, please read our Community Guidelines.