Saturday night decided in overtime as Surrey flies away with two points
0
Sep 8, 2019 8:35 AM By: Kyle Balzer 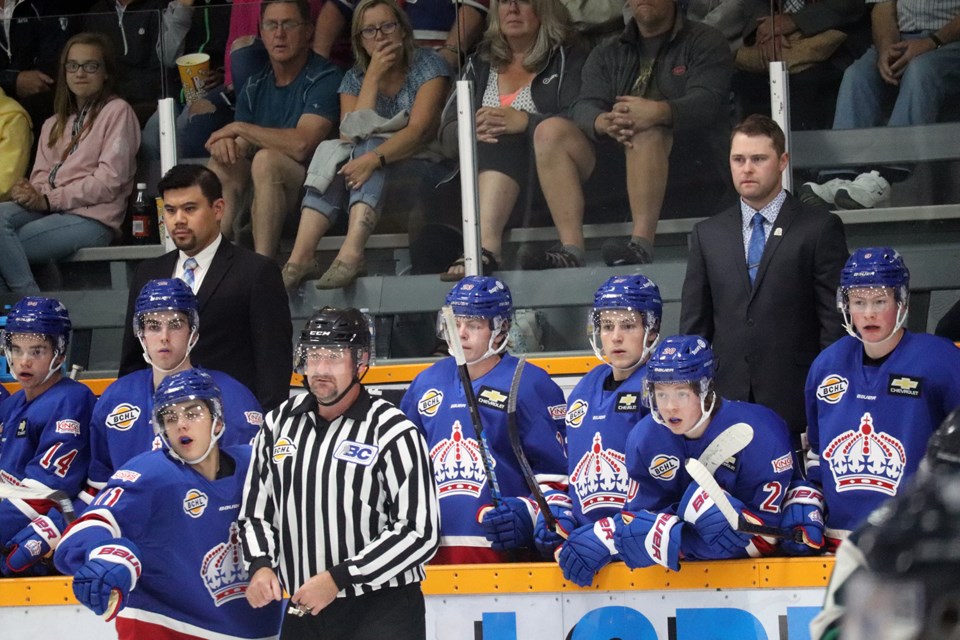 One out of a possible four points was the result of the first weekend of a championship-defending season for the Prince George Spruce Kings.

The Surrey Eagles swooped into B.C.’s northern capital and took away two wins and only needed 29 seconds to grab last night’s victory (Sept. 8), which was a 4-3 overtime decision in front of a mediocre crowd of under 800 people.

The Rolling Mix Concrete Arena (RMCA) was brought to an utter silence once again when the goal light lit behind goaltender Jett Alexander, who made 24 saves on 28 shots for the Spruce Kings.

Prince George was brought to a new low at the start of the contest as the Eagles were able to nab a goal just 13 seconds in.

The B.C. Hockey League (BCHL) champs needed under 10 minutes to muster a response and kept the game at 1-1 after the opening period.

After 40 minutes the score stood at 2-2 as both teams scored in a time-span of four-and-a-half minutes.

Surrey took back the one-point lead and was followed by Chong Min Lee’s first goal of the year, helpers to Fin Williams and Nick Poisson, as the top line went to work for the ‘Kings on the power-play.

There was some hope of a first win of the year as Brett Pfoh nabbed his first junior ‘A’ goal to give the home team a 3-2 lead.

They held on for over 12 minutes, that is, until the Eagles knotted it up at 3-3 and force the extra frame.

Holden Katzalay capitalized on an opportunity under half-a-minute in to fly the visitors back to the lower mainland with two points and hand Prince George an 0-1-1 record to start the 2019-20 season.

The Spruce Kings produced 33 shots against 17-year-old Surrey netminder Cal Schell, who earned his all-time second junior ‘A’ win and his first in our province.

Fans will still get to see more hockey next weekend as they’ll get to see the rematch of the Coastal Conference Championship on Friday (Sept. 13) when the Victoria Grizzlies visit the Spruce Kings.

The next night (Sept. 14), Prince George will host the Penticton Vees at the RMCA.

Nolan Welsh named captain of the Prince George Spruce Kings
Sep 5, 2019 7:15 AM
Comments
We welcome your feedback and encourage you to share your thoughts on this story. We ask that you be respectful of others and their points of view, refrain from personal attacks and stay on topic. To learn about our commenting policies and how we moderate, please read our Community Guidelines.