‘Kings lose two in a row for the first time since January during the regular season
Apr 29, 2019 7:35 AM By: Kyle Balzer 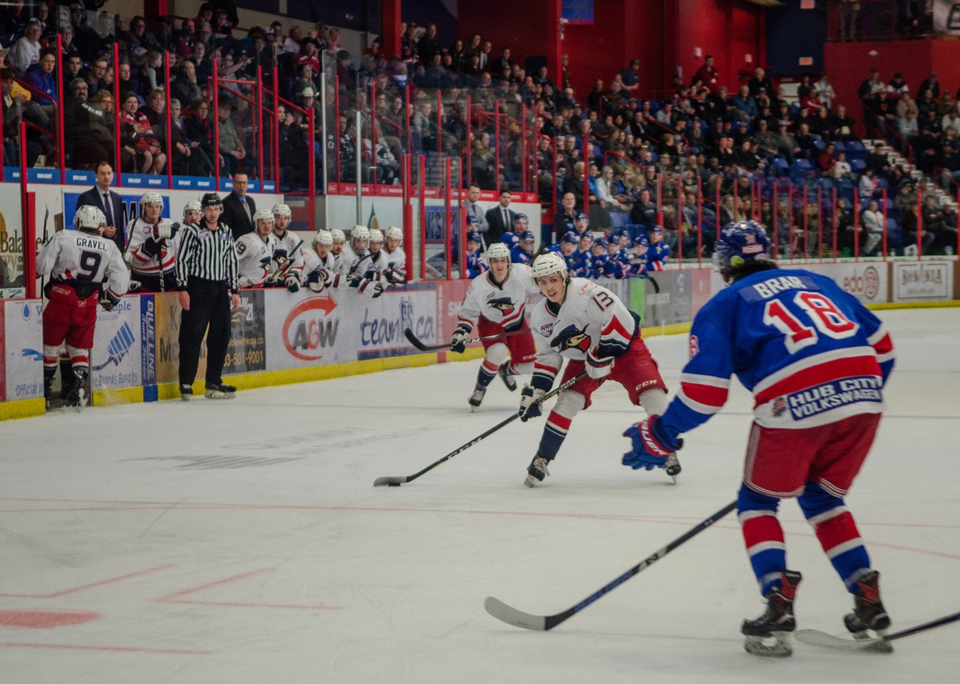 Penalty trouble in the third period may have cost the Prince George Spruce Kings a chance at a comeback in Game Three of the Doyle Cup.

A couple of misconducts put the visitors in the box more times than they would’ve enjoyed, allowing the Brooks Bandits to maintain their offensive advantage, ultimately shutting out Prince George 4-0 Sunday night (April 28).

The Spruce Kings now trail the regional finals 1-2 with the teams now shifting to Prince George later this week.

This is also the first time since January that the ‘Kings have posted back-to-back setbacks and the first time they’ve fallen behind in a series in the 2018-19 post-season.

The last time the @SpruceKings lost 2 games in a row ...

Goaltender Logan Neaton allowed four goals on 31 shots for 27 saves in his third loss of the playoffs, while on the other side of the rink, Pierce Charleson turned away all 21 attempts from Prince George.

Two Bandits’ goals came while on the power-play; one with 12 seconds remaining in the opening frame and the other over seven minutes into the third.

The Spruce Kings has two opportunities to capitalize on a man-advantage, but failed to light the lamp in an attempted comeback.

For the 1st time since early January, @SpruceKings lose back-to-back tilts, falling in a 4-0 shutout by @BrooksBandits in Game 3 of the Doyle Cup. They now trail the series 1-2 coming back to the RMCA on Wednesday | #CityOfPG @GoBCHL @HC_NJAC @PGMatters pic.twitter.com/QA8f7t2NeS

Both teams will now travel to the Rolling Mix Concrete Arena (RMCA) for Game Four on Wednesday (May 1) at 7 p.m.

Game Five is scheduled for the next night, Thursday (May 2) also at 7 p.m.