Over 25 communities will participate in homeless count during March and April
Feb 13, 2020 4:35 PM By: Hanna Petersen 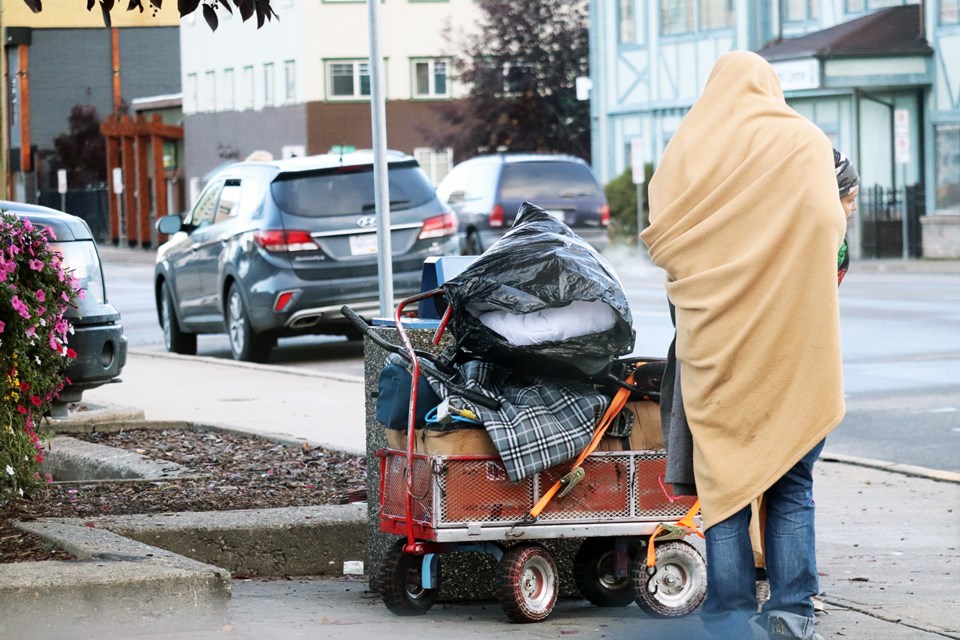 The homeless population in Prince George has been on the rise. (via Jess Fedigan)

It's partnering with the Homelessness Services Association of BC (HSABC) and BC Housing to complete 16 community counts throughout the province, including Prince George, in March and April.

The province is providing $900,000 to support the community counts, pilot an extended count in two communities, Cranbrook and Port Alberni, and support additional research on homelessness among Indigenous peoples.

Data and results are hoping to provide a better understanding of homelessness in British Columbia and will be used to improve supports and services, measure progress in addressing homelessness and increase public awareness.

"Homelessness in B.C. continues to be a struggle for people, and the barriers that they face vary in different communities," says Shane Simpson, B.C.'s Minister of Social Development and Poverty Reduction in a news release.

"Our second provincial homeless count is a way that, together, we can get a clearer understanding of what homelessness looks like in order to better support some of the most vulnerable people in B.C."

The last provincial homeless count took place in 2018, and found that at least 7,655 people were experiencing homelessness, including 160 in Prince George.

Some data included 50 per cent of those respondents identifying themselves as male and 73 per cent reported between 25 and 54 years old.

The initiative is part of B.C.'s actions to tackle homelessness, as outlined in the province's first poverty reduction strategy, TogetherBC.

The strategy, released in 2019, outlines programs and policies across government that aim to lift people out of poverty by removing barriers, creating social inclusion and continuing to focus on reconciliation.

Auditors are set to use new and complementary methods in 2020 to conduct the count.

"HSABC is working with our members and partners in participating communities to implement the 2020 homeless counts," says Stephen D'Souza, executive director of HSABC in the same release.

"It is the work of these local organizations that ensures the counts are a success. Across the province, there are teams of volunteers helping conduct the count and hosting community events for people to count themselves in.”

Altogether, 26 communities across the province will participate in the count during March and April with 16 of those communities receiving provincial funding.