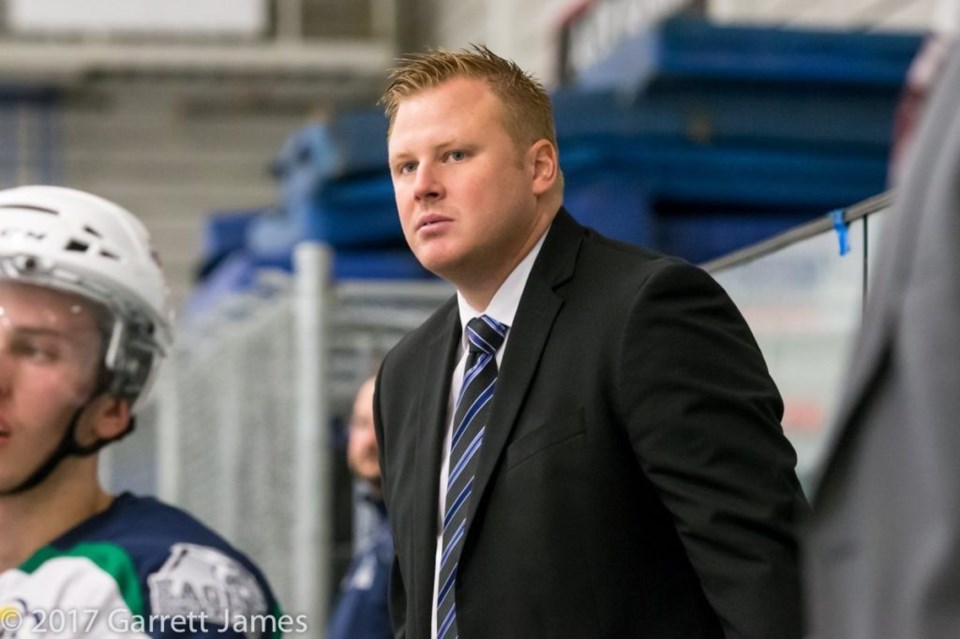 The West Kelowna Warriors of the B.C. Hockey League (BCHL) have brought back a familiar face to their team with Prince George roots.

This time, Brandon West has been promoted to Head Coach and General Manager with the organization, marking the second time this season the Warriors have hired someone new to those positions.

He replaces Geoff Grimwood, who took over in August when Rylan Ferster left the team.

“I would like to thank Kim Dobranski for this opportunity to be the named Head Coach/General Manager of the West Kelowna Warriors,” said West in a team release. “It is an honour to be back in West Kelowna and work with this elite crop of players. I am excited to get started and look forward to being a part of this great community.”

West acted as an assistant coach for the Warriors in the 2011-12 season before moving to Salmon Arm a year later.

The 34-year-old coached the Surrey Eagles to the second round of the BCHL playoffs last season, falling to the Prince George Spruce Kings in six games.

West Kelowna has already clinched a playoff spot in the Interior Division, currently holding a record of 26-21-0-1 and six points back of the reigning Fred Page Cup-champion Wenatchee Wild.

Three Prince George Spruce Kings commit to college hockey in two weeks
Jan 18, 2019 7:35 AM
Comments
We welcome your feedback and encourage you to share your thoughts. We ask that you be respectful of others and their points of view, refrain from personal attacks and stay on topic. To learn about our commenting policies and how we moderate, please read our Community Guidelines.