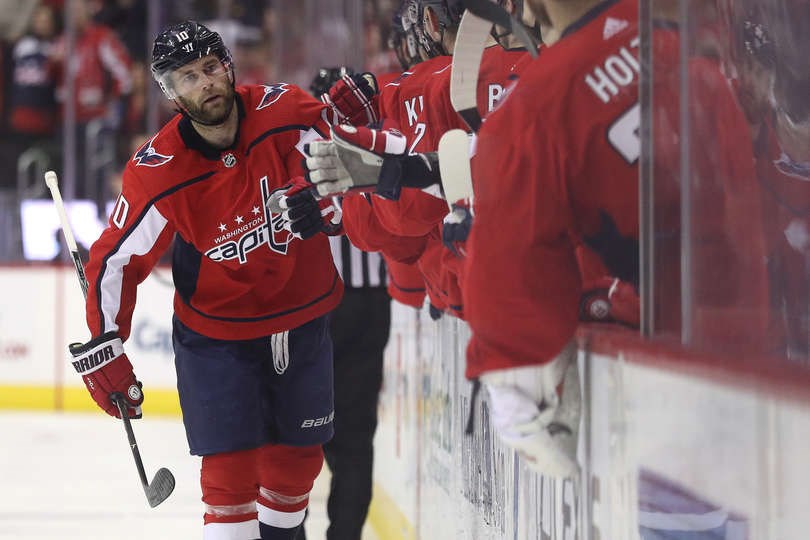 Brett Connolly posted what is likely the best game of his professional career thus far, nabbing three points and aiding the Washington Capitals to a 5-2 victory in Philadelphia.

The 2018 Stanley Cup champion scored two goals on four shots in the divisional contest, including the game’s first marker three minutes into the first period, and the game-winning goal that made it 3-1 for the visitors midway through the second.

Kind of a delayed reaction, but we're digging the celebration, @bconnolly8. pic.twitter.com/EMHzVT9ya3

This is a continuation of what has been a career year for the 26-year-old, already surpassing his best season stats from 2017-18 en route to hockey’s holy grail.

Now, Connolly has had two other three-point performances before, but tonight’s numbers are the best in terms of scoring ability and ice presence.

He recorded three points earlier this season on Feb. 9, two goals and an assist on home ice against the Florida Panthers.

Nearly three years prior on Feb. 11, 2016, as a member of the Boston Bruins, he had three helpers during a game in Winnipeg.

Connolly is fifth in team scoring and has the seventh most points on Washington.

The team currently leads the Metropolitan Division with a record of 42-22-7 for 91 points, two ahead of the New York Islanders.

The Capitals’ next game will have two Prince George connections as they’ll be up against coach Jon Cooper and the league-leading Tampa Bay Lightning on Saturday afternoon (March 16).

Prince George Cougars’ goaltender surrenders four goals in NHL Prospects Game
Jan 24, 2019 10:35 AM
Comments
We welcome your feedback and encourage you to share your thoughts on this story. We ask that you be respectful of others and their points of view, refrain from personal attacks and stay on topic. To learn about our commenting policies and how we moderate, please read our Community Guidelines.