The event at the CN Centre has been postponed due to new provincial directives
0
May 23, 2020 9:13 AM By: Hanna Petersen 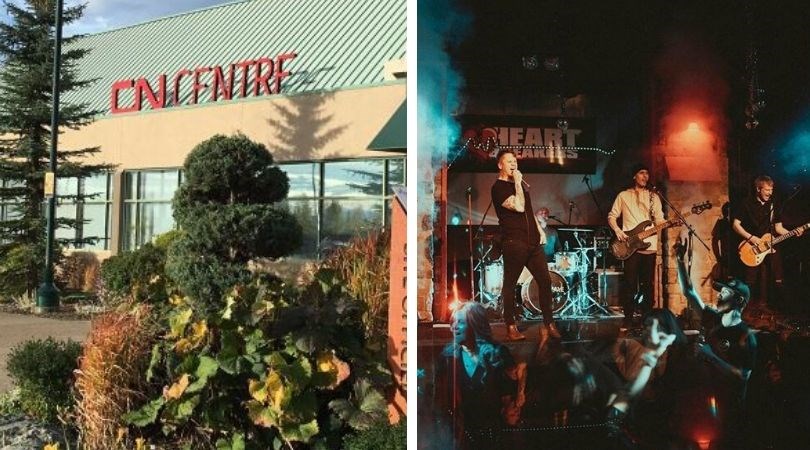 The Rooftop Rock Drive-in Concert featuring Studio 720 at the CN Centre has been postponed. (via Facebook)

Tonight’s Rooftop Rock Drive-In Concert, on the roof of the CN Centre, has been postponed.

This decision comes after yesterday’s (May 22) announcement from Health Minister Adrian Dix and Provincial Health Officer Dr. Bonnie Henry, who’ve directed that drive-in events must have fewer than 50 cars and a restriction on the sale of refreshments.

“Anyone attending these events must stay in their cars unless they have to go to washrooms, which must be serviced with running water for proper hand hygiene," said Dix and Henry's announcement.

“The drive-in concert was a free fundraising event and album launch party, with the intention of bringing a bit of ‘normalcy’ to music lovers in Prince George,” says event producer, Kyle Sampson in a news release.

“It was designed in a safe and socially responsible manner to raise spirits, bring together the community, and met the standards of safety as informed by the recommendations and advisement of Northern Health with measures in place to mitigate all risk and safety hazards, including a COVID Mitigation Plan.”

Sampson says event organizers acme together with community spirit to pull together this one-of-a-kind event that received national recognition and interest.

“To say that we’re disappointed and frustrated by the lack of clarity and last-minute communication as it pertains to our event is well beyond an understatement,” says Kyle Sampson. “We wholeheartedly disagree with how the order was delivered and the lack of clarity it provides, but we’re complying and postponing the event because following these recommendations is the right thing to do.”

The concert was originally slated for the Prince George Canadian Tire rooftop and parking lot, and moved to the parking lot at Exhibition Park which was a bigger location to accommodate the growing interest and ensure safety was paramount in the planning.

The parking lot at Exhibition Park provided more space, which allowed for greater physical distancing between patrons: a minimum of ten feet.

“I believe that citizens in BC are doing their best to follow and adhere to government direction and recommendations; however, receiving this information almost literally at the very last moment—4:30 on a Friday before the event on Saturday—is beyond an inconvenience, says event partner,” Selen Alpay in the release.

“It’s a real hit to everyone who has come together to raise the spirits of people in our community, those who are just trying to navigate through these constant changes and enjoy some fantastic music.”

Vehicles were to be parked in a checker-board type pattern leaving every other space empty. The row behind each vehicle would be staggered from the one in front, providing patrons with the best view possible of Studio 720, who were to be playing from the roof of CN Centre.

Organizers say despite enhanced spacing, patrons would still be required to stay in their vehicle and would have to follow all laws and health orders that are in place. A large volunteer base would monitor and enforce the parameters.

“We want thank all of our supporters and partners and let them know that this is just a minor setback,” says Sampson.

“We’ll look forward to this event even more when the time comes, and we’ll continue to adhere to the safety and security for patrons at the event as we have been throughout this whole process. But we also expect real clarity on the parameters set by the provincial government for the event industry, so we can adhere to these new directives and ensure the disappointment we’re experiencing is avoided by others.”

The event was also intended to be a fundraiser for Wheelin’ Warriors of the North, a cycling team who raise money for the BC Cancer Foundation.  The goal of the concert was to raise $10,000 for the team. Donations for the event are still being accepted online.

Prince George rock band Studio 720 releases second album ‘Smokes, Let’s Go’
Apr 24, 2020 7:05 PM
Comments
We welcome your feedback and encourage you to share your thoughts. We ask that you be respectful of others and their points of view, refrain from personal attacks and stay on topic. To learn about our commenting policies and how we moderate, please read our Community Guidelines.