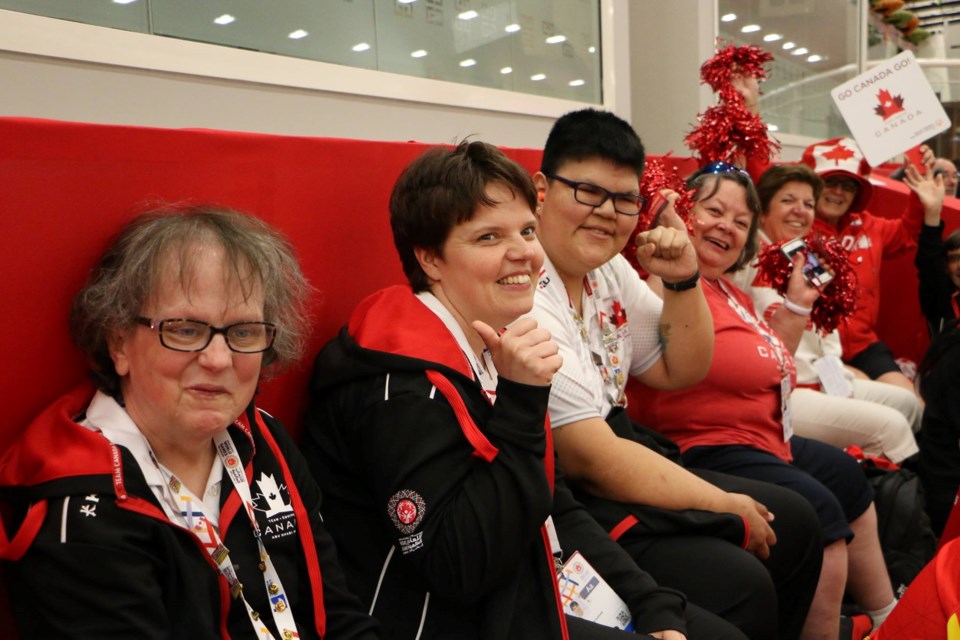 Linda Mary Renner of Prince George has completed her second appearance at a Special Olympics World Summer Games and is bringing home three medals in total.

This includes another gold medal she won on the last day of competition this week (March 19) at the 2019 Abu Dhabi Games in Doubles 10-pin Bowling with Ontario partner Barry Green.

The pair edged their Belgian opponents by six points, 778 to 772, and the Syrian team by eight to claim the top of the podium.

The 56-year-old also won gold in her Women’s Singles round on Sunday St. Patrick’s Day (March 17) and added a silver a day prior with Team Canada.

Renner is the only Prince George Special Olympics athlete to be selected by her country; she also represented Canada at the 2015 World Summer Games in Los Angeles where she won a silver medal in team bowling.

“Linda's journey started at the local level when she competed at the Regional qualifiers held in Prince George in 2016,” explains Special Olympics spokesperson Wilma VanHage. “From there she competed at the 2017 Provincial games where she qualified to compete at the 2018 National games and from there she qualified to compete at the Special Olympics 2019 World Summer Games held in Abu Dhabi. Over the past four years, Linda has been training and practicing hard.”

‘Peaches’ is also a competitive weight-lifter and rhythmic gymnast.