Duchess Park grad was initially set to compete south of the border before COVID-19
Aug 10, 2020 4:35 PM By: Kyle Balzer
Previous Next
1 / 1 Logan Cruz (#22) of the Duchess Park Secondary Condors calls a play against the Prince George Polars in the 2020 City Basketball Championship. (via Kyle Balzer, PrinceGeorgeMatters)
Expand
Previous Next

Logan Cruz had her sights set on playing at a high level of basketball in the United States next year following a memorable senior campaign with Duchess Park Secondary (DPSS).

However, like other athletes in her position, no one predicted the COVID-19 pandemic, which forced Canada to close its border with our southern neighbours until further notice.

Fortunately, the Prince George city all-star has found a new home for the 2020-21 season in committing to Vancouver Island University (VIU), which, as of this past year, boasted one of the country’s best women’s college basketball programs.

“I’m excited that I get to play post-secondary because it allows me to continue to do something that I’m passionate about and continually grow and improve as a player and person,” said Cruz to PrinceGeorgeMatters.

The Mariners won the 2020 PACWEST Conference title, their second banner in a row, following a 17-1 regular-season record, and were set to host the 2020 Canadian Collegiate Athletic Association (CCAA) Championships before the pandemic cancelled it entirely.

Tony Bryce was also named CCAA Women’s Basketball Coach of the Year, and with plenty of talent set to return next season, Cruz is looking forward to learning from VIU’s veterans.

“As a freshman, I know that I’ll have to earn any playing time that I may get,” the 18-year-old explained.

“To do so, I’ll have to work hard on and off the court and do my best to play my role on the team as point guard.”

The Duchess Park graduate helped the lady Condors soar to their seventh straight city trophy in February and led the scoresheet with 19 points.

After claiming the north-central zone title, Cruz then compiled 41 points over four games at the 2020 B.C. AAA Girls’ Championships in Langley, but Duchess Park ultimately finished eighth with a 1-3 record.

She plans on studying kinesiology off the court at VIU and could be playing with fellow DPSS alumna Kayla Gregory after completing her sophomore season with the Mariners.

As of this publication, the CCAA says a decision is expected to be made in the fall regarding the status of basketball while COVID-19 restrictions continue across its networks. 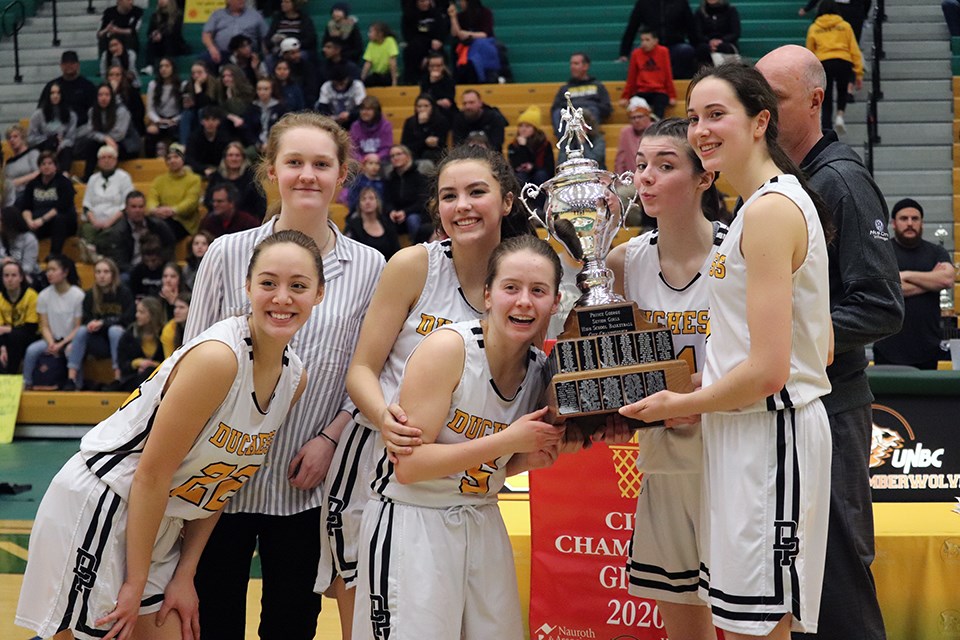 Two Prince George basketball teams land top-10 finishes at senior, junior girls provincials
Mar 2, 2020 11:55 AM
Comments
We welcome your feedback and encourage you to share your thoughts. We ask that you be respectful of others and their points of view, refrain from personal attacks and stay on topic. To learn about our commenting policies and how we moderate, please read our Community Guidelines.