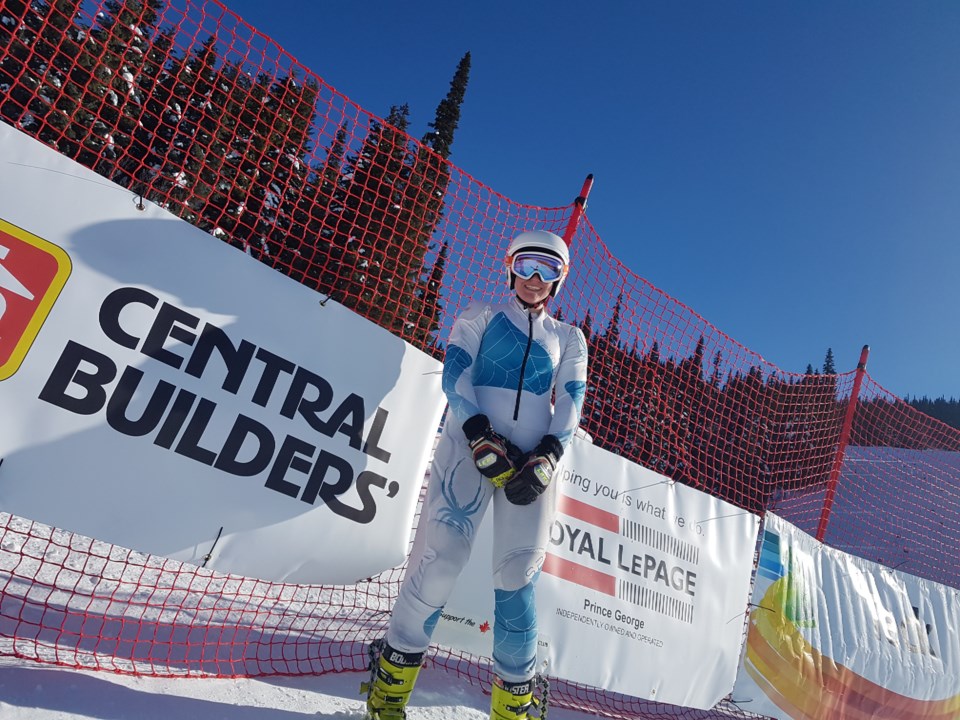 The Federation of International Skiing (FIS) hosted a junior BC Cup event at Panorama Resort this past weekend and one local racer was well in contention.

Melinda Kobasiuk of the Prince George Alpine Ski Club got to wear the maple leaf with pride on the Kootenay hills at the four-day competition and managed to improve her stock with each passing day.

In the end, the 16-year-old rallied to two top-10 finishes out of nearly three dozen racers representing four different countries in her second event of the 2019-20 season.

Kobasiuk’s best race was the Sunday (Jan. 12) slalom when she claimed ninth place with a two-run combined time of 1:40.33, more than six seconds behind first.

Prince George had two other racers in the BC Cup FIS event and their results are as follows:

The season’s first stage of the TECK Open got underway and the two racers’ results are as follows: