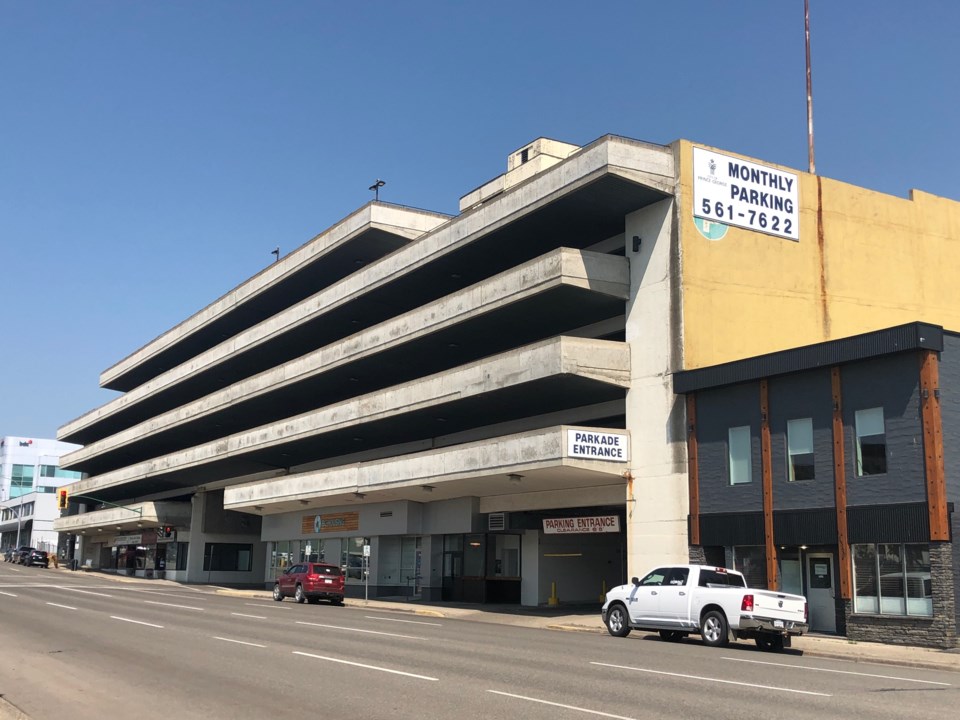 The Second Avenue Parkade upgrade has come in at $2.4 million over budget.

While city council ultimately approved the increase in budget to the Second Avenue Parkade upgrade from $2,725,000 to $5,169,446 at the May 27 meeting, many councillors sitting around the horseshoe expressed frustration with the process.

The project was originally budgeted in 2016 to be funded by MFA Debt, but three years later, still has not been completed.

The parkade itself was built circa 1975 and has not received any significant reinvestment since then.

The city says the delamination of the concrete is reaching a state where the structural capacity of the parkade may be affected.

“We are looking for a significant increase, partly because there has been some significant scope changes while going through the detailed design,” said the city’s director of engineering Adam Holmes, during his report to council. “We are trying to build in a pretty healthy contingency. One of the issues with these kinds of structures is you can’t see all of the deficiencies until the contractors in place and doing some testing on the concrete.”

City staff also note the cost of materials and labour has also risen since the project has approved in 2016.

The additional costs will be funded from the Downtown Off-Street Parking Reserve.

“In the last three years the cost has risen, so here’s what we have to work with,” said Coun. Terri McConnachie. “I’m going to support this because we are going to need that parkade with the housing downtown. I think where we go wrong, as anyone in construction knows, the secret to keeping costs down is to get in, get dirty, and get out in the shortest amount of time possible.”

Coun. Cori Ramsay then put a motion forward to have city staff create a list of all of the outstanding capital projects from previous years that had not been completed to be returned to council.

“This project was approved in 2016, before this council had the opportunity to see it, and we are going to have these projects coming out of left field and I want to know what I don’t know,” said Ramsay.

City Manager Kathleen Soltis noted that staff were currently going through this process and that it could be returned to council in the next couple of months.

“What council is seeing because we are coming to you for budget increase approvals, you are seeing the projects that are over budget but there are also a lot of projects that are under budget so we need to be bringing that to you because those are actually freeing costs up,” said Soltis.

As for the Second Avenue Parkade Upgrade project, the additional budget to be funded through the Downtown Off-Street Parking Reserve was passed by council, with Coun. Brian Skakun and Coun. Frank Everitt opposing.

Prince George’s Brophy Dunne traded to Spruce Grove Saints in Alberta junior league
Sep 23, 2020 11:15 AM
Comments
We welcome your feedback and encourage you to share your thoughts. We ask that you be respectful of others and their points of view, refrain from personal attacks and stay on topic. To learn about our commenting policies and how we moderate, please read our Community Guidelines.