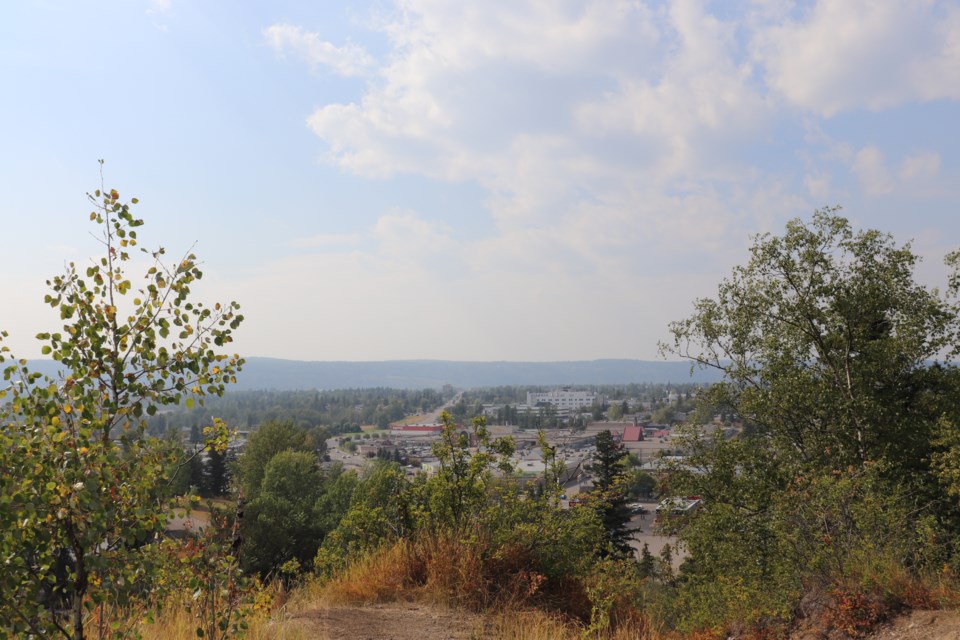 The view from the top of Connaught Hill. (via Hanna Petersen)

The job momentum may be fading fast in other parts of the country, but Prince George wasn't wholly spared.

The unemployment rate in B.C.'s northern capital rose 4.4. per cent in August — up 0.3 per cent from July, according to Statistics Canada.

Nationally, the unemployment rate jumped to six per cent with close to 52,000 jobs lost nationwide. B.C. maintained the lowest overall unemployment rate (5.3 per cent) with a total of 137,800 residents currently without work. Most of those job losses were in the manufacturing industry, while forestry, fishing, mining, quarrying and oil and gas also took a hit. However, during that same period, B.C.'s employment rate had a slight increase of 0.1 per cent, particularly in the services industries, which helps account for the 2,483,100 people employed across the province.

Regionally, the Cariboo — including Prince George, Quesnel, Williams Lake, 100 Mile House and McBride — had the third-lowest unemployment rate at 5 per cent.