Hip Hop, Americana and Soul are all featured in the upcoming festival
Nov 3, 2019 1:57 PM By: Hanna Petersen 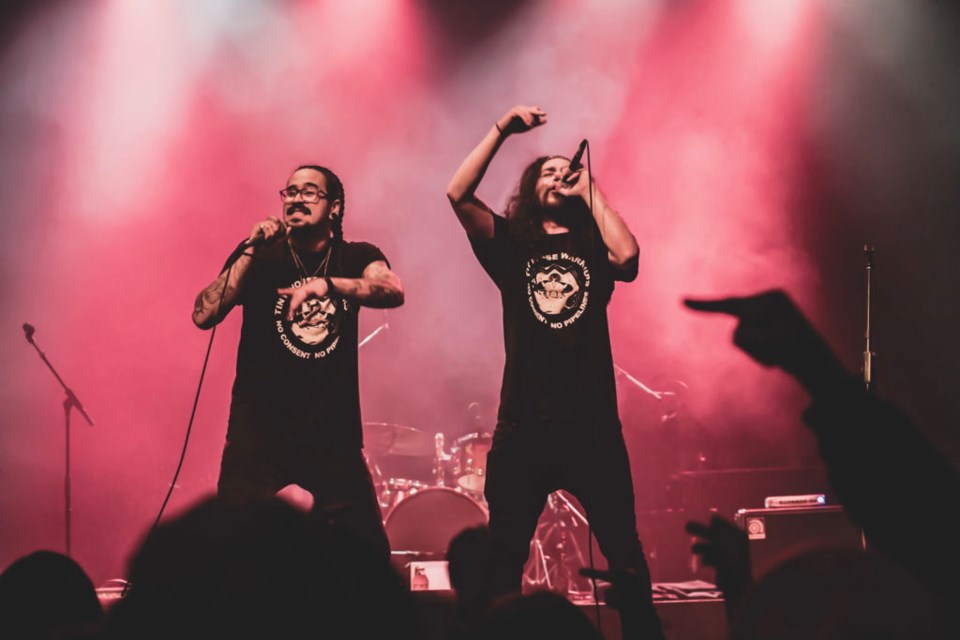 Snotty Nose Rez Kids will perform at this year's Coldsnap Festival. (via Coldsnap)

Coldsnap has announced its upcoming lineup and there’s something for everyone.

The 2020 festival is jam-packed with musicians from across Canada and the world featuring shows crossing many genres.

“This year's festival features performers from across the country in genres from energetic Americana, to soulful songs of social justice, to an East Coast-style fiddle kitchen party and even a hip-hop night!” reads a statement on the festival’s website.

Coldsnap is Prince George’s annual volunteer-run winter music festival, lighting up B.C.’s north in the dead of winter. Every year musicians from around the world come to the province's northern capital for a full week of entertainment.

Coldsnap also runs a series of workshops throughout the week aimed at making music accessible to every member of the community.

The first concert on the schedule, set for Jan. 24, is called “Kick Up Yer Heels" and features Foghorn Stringband (from Portland, Oregon), the Eliza Doyle Band from Saskatoon and Big Fancy from Fort Fraser.

Finishing off the first weekend on Jan. 26 is “Sunday Full of Soul,” which will feature soul acts The Sojourners and Khari Wendell McClelland, both from Vancouver.

Skipping ahead a few days to Jan. 28 we have the “International Folk Jam” featuring the Trials of Cato from the United Kingdom, Twin Bandit from Vancouver and our own Amy Blanding from Prince George.

Thursday, Jan. 30 will see the “Sensational Songwriters” concert featuring David Francey and Twin Flames both from Ontario and Sam Holden from Vanderhoof.

The last concert on the docket is a “Coldsnap Ceilidh!” on Feb. 1 which features Celtic music from Beólach of Cape Breton, N.S. and Kiérah from White Rock.

Tickets for the winter festival are already on sale and $30 each per event but only $6 for the kids concert which features Oot N’ Oots on Jan. 26.

For more information on workshops and the full line-up, you can check out Coldsnap’s website.