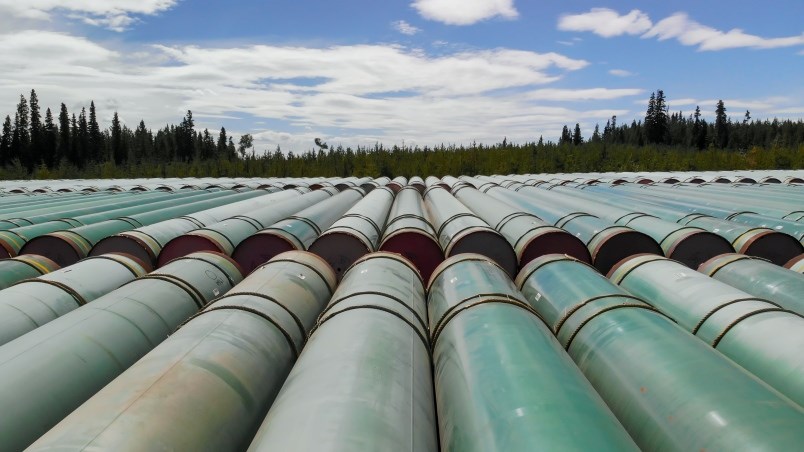 Pipe installation and clearing continues in the first two spreads of the Coastal GasLink pipeline through the Peace Region.

The area is 59 per cent cleared, according to Coastal GasLink.

“We’re reaching peak construction on the Coastal GasLink right-of-way while also continuing to progress construction on our compressor and meter station facilities,” the company said.

The company reported 3,488 workers as of Sept. 30. There were 82 workers reported at Sanataa Lodge and 206 workers at Sukunka Lodge.

The company says site preparations along with earthworks and piling for the Wilde Lake compressor station continues in Groundbirch. Civil works have begun for a third worker lodge at Mt. Merrick.

Elsewhere, the company says 26 per cent of pipe has been installed between Bear Lake and Vanderhoof.

Another 4.5 per cent of pipe has been installed between Burns Lake and Houston, and one per cent in the final spread between Morice Lake and Kitimat.

The $6.6-billion pipeline is a key piece of infrastructure for LNG Canada.

Surerus Murphy is building the first two sections of the pipeline between Groundbirch and McLeod Lake. It put the project's first pipe segments in the ground in July.

Macro Spiecapag is building 85 km of pipeline between Burns Lake and Houston, as well as the final 84 km from the Morice Lake area to Kitimat.