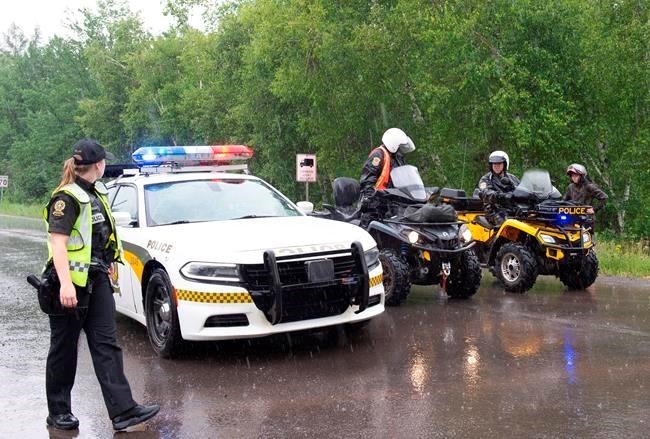 Quebec provincial police say two girls who were the subject of an Amber Alert have been found dead.

They say they found the bodies of Norah and Romy Carpentier, aged 11 and 6, in a wooded area of St-Apollinaire, Que., on Saturday afternoon.

The girls had been missing since Wednesday.

Police are still looking for the girls' father, Martin Carpentier.

Investigators have said they believe the girls and their father were involved in a car crash on Wednesday night.

On Thursday, an Amber Alert was issued and an extensive police search began in the area.

That search resumed on Saturday morning, with police deploying a helicopter, as well as canine units, ATVs and on-foot search teams, to try to locate the three people.