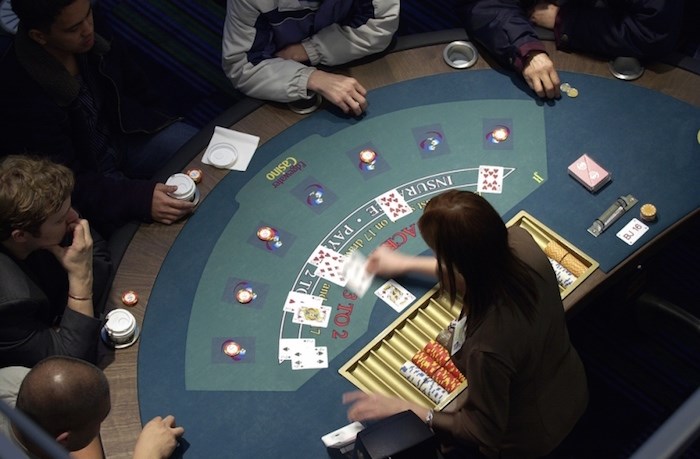 Attorney General David Eby’s announcement Monday that no federally funded RCMP officers were fighting money laundering in B.C. has generated some pointed and introspective responses from RCMP leaders in B.C. and Ottawa.

The Combined Forces Special Enforcement Unit of British Columbia has also weighed in on the role of the agency tasked with combatting organized crime in the province.

Eby’s remarks were based on findings from former RCMP officer Peter German, who has been tasked by government with reviewing the scale of money laundering in B.C.

German first reviewed Metro Vancouver casinos and found some of them “unwittingly served as laundromats for the proceeds of organized crime.”

German’s report last year triggered the government to order further review by German of how money laundering is tied to the horse racing and real estate sectors and the luxury car market.

In addition, the Ministry of Finance appointed an expert panel on money laundering to also examine the real estate sector. All reports have been submitted to government and expected to be released later this spring.

What Eby and German released Monday was a chapter from one of the reports, which showed that no federally funded RCMP officers were fighting money laundering in B.C.

So what are police saying about this?

Deputy RCMP Commissioner Gilles Michaud, who is responsible for federal policing, didn’t question the findings in the chapter but noted the RCMP is actively fighting money laundering across Canada.

“We would point out that with the assistance of domestic and U.S. partners in Project Collecteur, the RCMP in Quebec recently charged 17 individuals who allegedly were involved in laundering vast sums of money through an elaborate international network that ultimately returned funds to criminals in Colombia and Mexico,” Michaud said in an emailed statement to the Courier from the RCMP’s headquarters in Ottawa.

“We have also had success in B.C. at the provincial and federal level. The dedicated employees in our federal serious and organized crime sections have been, and are currently, engaged in a number of money laundering investigations.”

He acknowledged the RCMP faces significant challenges and pressures in delivering federal policing services to Canadians.

“However, this requires transforming and modernizing the RCMP in a variety of areas that cut across the organization and impact all types of investigations. At this time, we are working on a national resourcing strategy to better position the RCMP to deliver results across its federal mandate, including money laundering and other financial crime.”

B.C. RCMP acting-Cmdr. Kevin Hackett said German’s finding that no federally funded officers were fighting money laundering represented “a snapshot in time and didn’t capture all personnel who are involved in cases where money laundering is a component.”

Hackett said in an emailed statement that federal policing in B.C. currently has in excess of 40 projects underway, including eight that involve money laundering.

“This does not include the assistance provided nationally and internationally in other compelling investigations, nor cases still before the courts,” he said.

But recruitment and retention, he noted, continues to be a challenge for the law enforcement community.

“We continue to adapt and bring in specialists (e.g. forensic accountants, cybercrime experts) to assist with these investigations,” he said. “It is a competitive market for these skill sets, with finite applications. This is also a time when we are dealing with the competing policing priorities, which include terrorism, gang violence, the opioid crisis, including fentanyl, missing and murdered women, human trafficking, as well as child exploitation and the demands for frontline policing resources.”

In a news release issued Monday, the agency pointed to eight projects underway, some completed and its ongoing project E-Nationalize as examples of the work being done to fight money laundering.

The agency said more than 400 police resources are connected to E-Nationalize and more than 600 pages of reports have been submitted to Crown counsel requesting charges against “multiple subjects.”

The agency said E-Nationalize is considered to be one of the largest investigations in its history and “is likely to set an investigative benchmark and precedent for future money laundering investigations by Canadian law enforcement.”

“One notable and significant accomplishment of (the Joint Illegal Gaming Investigation Team) in the past year that is not captured by a criminal charge is that investigators discovered an exploitation of bank drafts being used to allegedly launder money,” the agency said. “(The Joint Illegal Gaming Investigation Team) members shared information and collaborated with public and private partners to bring about changes to how banks issue bank drafts in an effort to disrupt organized crime’s use of this financial transfer system.”