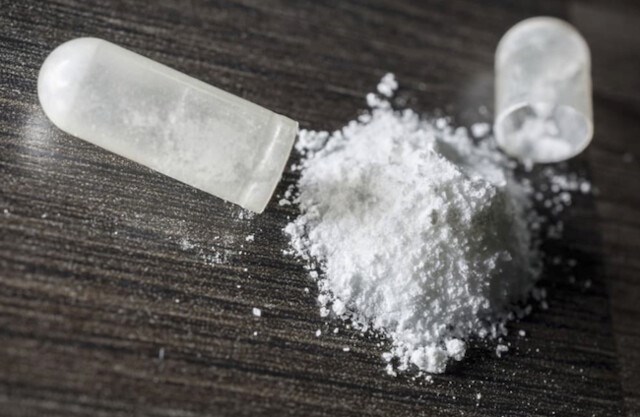 Powdered drug on a table (via rehabs.com)

Reports of a drug called "Special K" being sold at a B.C. high school are being investigated by RCMP.

A post on the Vernon & Area Community Forum claimed ketamine — also known as Special K — was being sold to students at W.L. Seaton Secondary School.

Ketamine is a fast-acting anesthetic and painkiller used primarily in veterinary surgery. It is also used to a lesser extent in human medicine.

Ketamine can produce vivid dreams and a feeling that the mind is separated from the body. This effect, called “dissociation,” is also produced by the related drug PCP.

School District 22 (SD 22) has commented on claims drugs were being sold at a local high school.

“We will refer to the RCMP for comment on this allegation but would like to take this time to remind parents to have open discussions with their children regarding illicit drugs. It is important to talk about everything from marijuana to potentially lethal drugs like fentanyl,” said Maritza Reilly with the school district.

“School District 22 has some presentation on this topic available on our website, as well there are many other online resources available for parents and students.”

Vernon RCMP Cpl. Tania Finn said the information has been sent to police and they are investigating.

Miracle Theatre extends its Prince George run of ‘The Birds and the Bees’
Feb 17, 2020 3:05 PM
Comments
We welcome your feedback and encourage you to share your thoughts on this story. We ask that you be respectful of others and their points of view, refrain from personal attacks and stay on topic. To learn about our commenting policies and how we moderate, please read our Community Guidelines.