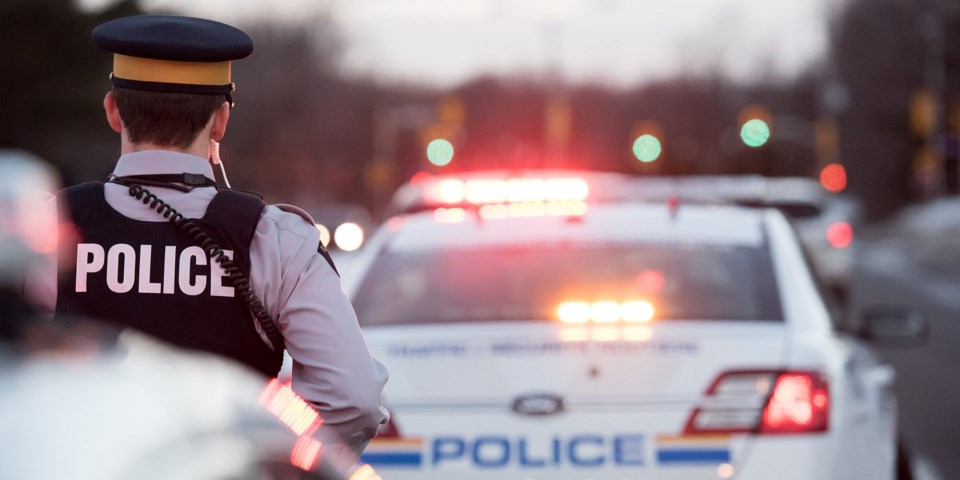 On March 23, 2021, at approximately 6 p.m., the Street Unit Crew executed a Controlled Drugs and Substances Act (CDSA) Warrant at a residence on the 2100 block-Spruce Street.

“While in the home, police located quantities of suspected methamphetamine and suspected cocaine. They also located a 12-guage shotgun, a 300 Win mag rifle and an SKS rifle, as well as some ammunition,” states Cst. Jennifer Cooper, media spokesperson for the Prince George RCMP, in a news release.

Investigators arrested two people who were inside the residence during the warrant execution. Police released them both without charges, pending laboratory analysis of the drugs and firearms located in the home.

Then a few days later on March 26 at 11 p.m. Street Crew Unit, along with members from the North District Emergency Response Team (ERT), Police Dogs Services (PDS) and the Explosives Disposal Unit (EDU), executed a warrant on a known drug house on the 2200 block-Quince Street.

ERT members deployed CS gas, more commonly known as tear gas, into the residence in order to encourage those inside the house to exit. Five people came out of the residence and police arrested them on scene.

Police released the suspects later on without process, pending results of the investigation and laboratory analysis of the drugs located in the residence.

“This is common in a drug trafficking investigation as laboratory results are required before forwarding charges to Federal Crown Counsel. This means there is less delay between when the results are received and when charges are forwarded for approval,” states Cooper.

Evidence of drug trafficking was seized from the residence, including suspected Fentanyl and illicit prescription drugs. Police also found approximately $8000 cash on one suspect, which is consistent with street-level drug sales.

“This was the second CDSA warrant executed in one week in that particular area of town. The majority of violence in Prince George, whether it involves firearms or not, is connected to the street level drug trade and is why it remains our focus,” says Sgt. Chad Chamberlain, Unit Commander for the Street Crew Unit.

If you have any information about this or any other criminal offence, please contact the Prince George RCMP at 250-561-3300 or anonymously contact Crime Stoppers at 1-800-222-8477 or online at www.northernbccrimestoppers.ca