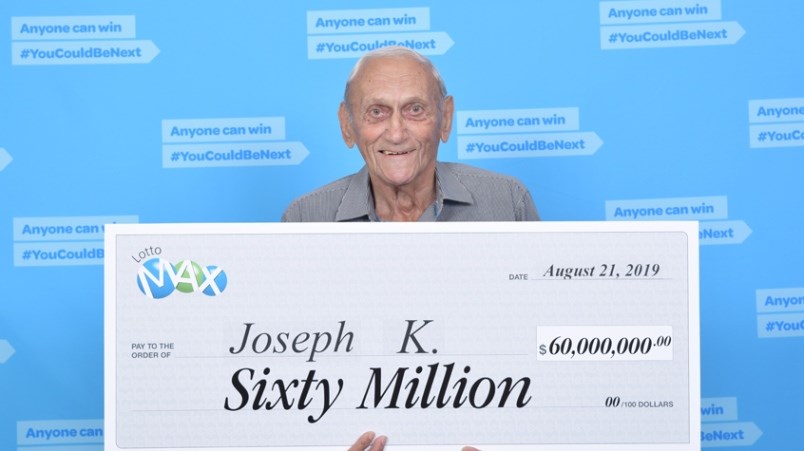 Joseph Katalinic, who has been retired for 20 years, now plans to “live like a king” after picking up his dream cheque on Wednesday afternoon.

“I thought to myself that it can’t be true… I was so excited, I had to go to two other locations to scan my ticket again just to make sure it was real.”

“The first person I told was my daughter,” he added.

“She told my son-in-law, and then I told my youngest daughter. There was a lot of hugging and kissing, and a lot of emotions.”

As for what comes next with his new fortune, Katalinic says he plans to take some family trips to Hawaii and visit the town in Europe where his parents were born.

Kamloops best friends win $2-million lotto jackpot
Aug 20, 2019 1:26 PM
Comments
We welcome your feedback and encourage you to share your thoughts on this story. We ask that you be respectful of others and their points of view, refrain from personal attacks and stay on topic. To learn about our commenting policies and how we moderate, please read our Community Guidelines.