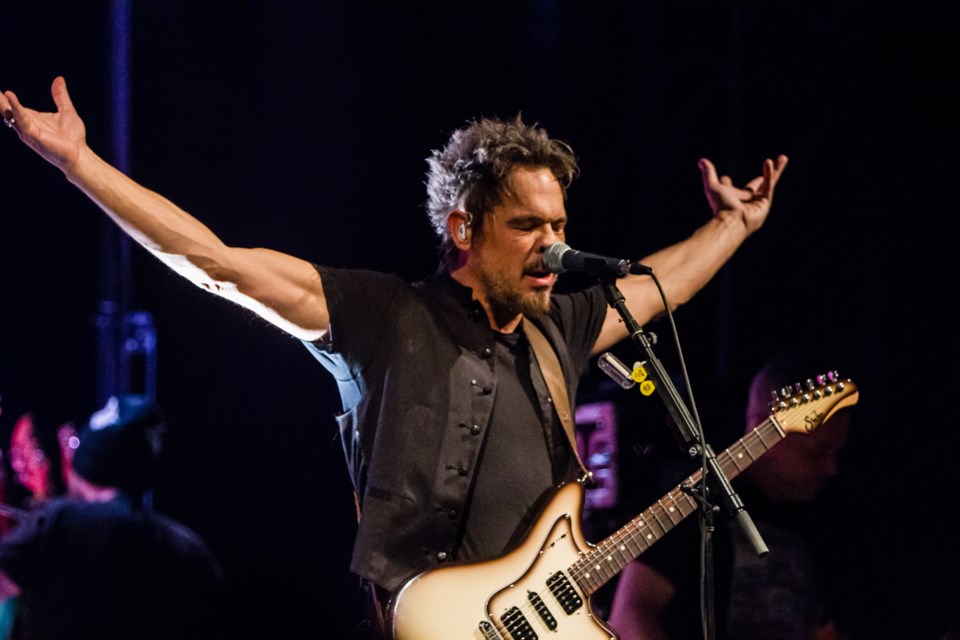 Big Wreck during a tour stop in February 2018. (via Glacier Media)

A rock concert full of Canadiana has been rescheduled for early next year in Prince George.

Big Wreck, The Headstones, Moist and The Tea Party will officially grace the CN Centre stage on Monday, Jan. 18, 2021 after COVID-19 postponed their nationwide tour altogether.

Originally earmarked for this Wednesday (July 1), and known as the Saints and Sinners Tour, the four bands made big waves in the 1990s and 2000s with more than a dozen gold and platinum-certified albums.

The tour was temporarily canned in cooperation with B.C.’s public health guidelines during the pandemic, which at the time of the concert’s initial postponement, were to not have gatherings of more than 50 people.

Residents who purchased a ticket for the show are being given several options with this new announcement.

If you bought a ticket for the concert, it will be honoured for the new January 2021 show, but refunds will be offered if you can’t make the new show

Ticket refunds will be available starting Monday (July 6) through until July 24.

For more information, you can visit TicketsNorth.ca.

As of this publication, all 65 people who’ve tested positive for COVID-19 in Northern Health have recovered with nearly three weeks passing by without a new case.

Prince George's first Rooftop Rock Drive-in Concert has been postponed
May 23, 2020 9:13 AM

Prince George’s Spring Carnival cancelled to combat COVID-19
Mar 31, 2020 9:35 AM
Comments
We welcome your feedback and encourage you to share your thoughts. We ask that you be respectful of others and their points of view, refrain from personal attacks and stay on topic. To learn about our commenting policies and how we moderate, please read our Community Guidelines.