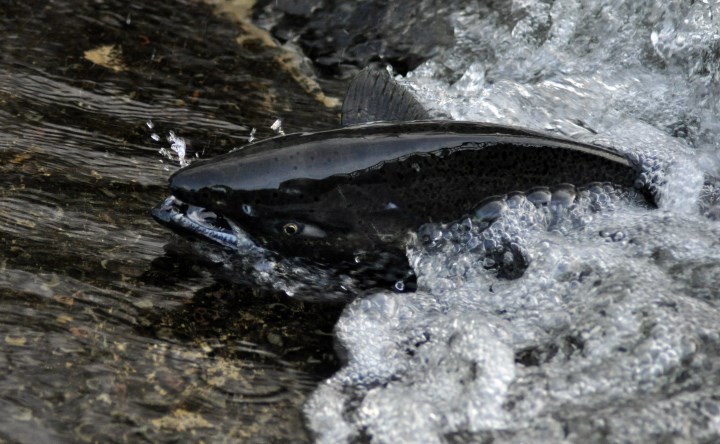 One of the viruses was hitherto not known to infect fish, according to the study, published in the journal eLIFe.

The extent to which the viruses may have an impact on fish health is not yet known.

“The discovery in dead and dying farmed salmon of previously unrecognized viruses that are also widely distributed in wild salmon, emphasizes the potential role that viral disease may play in the population dynamics of wild fish stocks, and the threat that these viruses may pose to aquaculture,” the study finds.

“Future work will focus on determining the risks these viruses pose to salmon health and investigating the potential for exchange between hatchery, farmed and wild salmon populations."

The SSHI is a collaboration between Fisheries and Oceans Canada, Genome B.C. and the Pacific Salmon Foundation.

SSHI researchers have been using genomics to identify viruses in both wild Pacific and farmed Atlantic salmon.

Using DNA sequencing, scientists with SSHI have been able to identify a number of viruses in salmon, some of which appear to be apathogenic (causing no disease), and some of which have been identified as potentially disease-causing.

The lead author on the study, Gideon Mordecai, a scientist at the University of B.C., looked for viruses in dead and dying salmon at fish farms, and identified three that had not been identified before.

Scientists then did screening to try to determine the distribution of the viruses in farmed, hatchery and wild salmon.