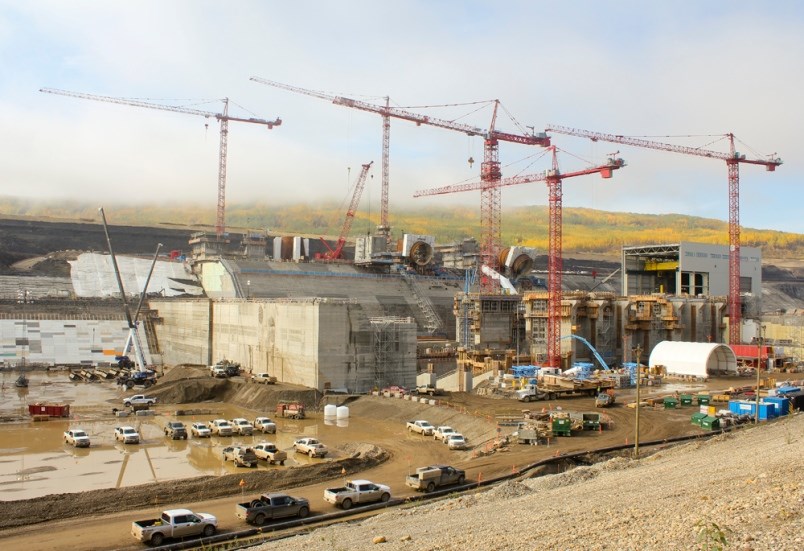 A Site C employee is self-isolating and recovering at home after becoming the second person to test positive for COVID-19 at the northern B.C. work camp since the pandemic reached the province.

According to BC Hydro, they worked the week following Labour Day (Sept. 7), experienced symptoms related to the virus when they returned to their lower-mainland home and was tested in their local health authority on Tuesday (Sept. 15).

BC Hydro explains when the employee got home, they learned they were exposed to someone who had later tested positive for COVID-19 before heading back to Site C.

However, the provincial service says the employee never left the worksite and had no interaction with the local community.

“While at the site and in the lodge, the employee followed all prescribed health protocol guidelines including wearing a mask and physical distancing,” says a BC Hydro release.

“Under the direction of health officials, all contact tracing has been completed. Health officials have advised a small number of people to self-monitor, report any symptoms and to strictly adhere to physical distancing and mask use while working at site.”

The first COVID-19 case at Site C was confirmed on July 17 and had fully recovered two weeks later.

BC Hydro believes the risk of transmission is low for those currently at the Fort St. John project as it’s been tracking COVID-19 since the province’s first positive case in January.

“Extensive measures to protect the health and safety of workers on the Site C project have been implemented to reduce the potential for transmission at camp,” the release further reads.

“BC Hydro’s top priority on the Site C project will always be the safety of its employees, workers and members of the public. It continues to work with the Northern Health Authority and strictly follow all federal and provincial health guidelines to protect other workers in the camp and the local community.”

Northern Health reported a new single-day case-count record with 12 positive COVID-19 tests in the last 24 hours, bringing the region’s total to 237 since March.

As of this publication (Sept. 16), there are seven people in northern B.C. hospital being treated for the virus with none in critical care and 202 that have recovered.

The region's first death was reported on Monday (Sept. 14).

City of Prince George has received more than 100 COVID-19 calls, B.C. aware of close to 15 violation tickets given provincially
Sep 15, 2020 12:35 PM
Comments
We welcome your feedback and encourage you to share your thoughts. We ask that you be respectful of others and their points of view, refrain from personal attacks and stay on topic. To learn about our commenting policies and how we moderate, please read our Community Guidelines.