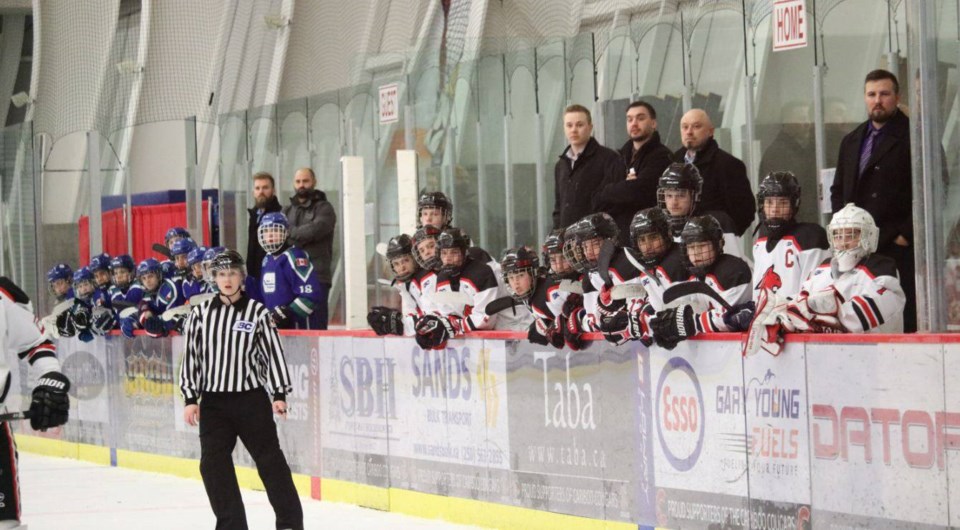 The Okanagan is not only bringing in 30 C temperatures this week.

It’s also migrating some of the best young hockey talent in the province for a special event.

B.C. Hockey’s Provincial Under-15 Cup is taking place in Penticton this weekend, in which seven Prince George players were selected to participate in the annual showcase.

Five played within the Prince George Minor Hockey Association (PGMHA) and the other two were with North Central Zone-established teams.

"That’s a strong number for a community of Prince George’s size and population in comparison to the entire B.C. Hockey region that includes B.C. and the Yukon," said B.C. Hockey North Regional Centre Manager Allan Bristowe to PrinceGeorgeMatters. "Each year the hometowns can ebb and flow. There are communities that are greater in size than Prince George that have less than seven athletes this year. Numbers can vary from year to year."

Best of luck to all of the northern players participating at this years BC U15 cup. Enjoy the experience of it all.#DefendTheNorth

In this tournament, there are 160 athletes from several local minor associations, each placed onto one of eight teams that will compete for the trophy.

The top four teams out of the round-robin will advance to the playoffs.

The seven athletes representing Prince George are (in alphabetical order):

Nico Myatovic and Max Sanford, both 2019 draft picks of the Western Hockey League (WHL) out of the North Central Zone program, participated in the Under-15 Cup last year.

"One of the first steps on the identification process for the Program of Excellence," added Bristowe on the opportunities this tournament brings for the young players. "Male Under-15 Team B.C. competes annually in either the WHL Cup or the Canada Winter Games. Select players move on to the Hockey Canada Under-17 Program of Excellence following Team B.C."

Each team displays a diverse core of players from almost every corner of the province as opposed to pinning region against region.

The tournament starts tomorrow (May 10) and runs until Sunday (May 12), with a winner crowned after the final game at 11:30 a.m.

All games are being played at the South Okanagan Events Centre.

Cariboo Cougars’ second title in three years is one step closer to National Championship
Apr 1, 2019 9:49 AM

Pair of third-place finishes for these Prince George female hockey clubs
Mar 25, 2019 11:58 AM
Comments
We welcome your feedback and encourage you to share your thoughts on this story. We ask that you be respectful of others and their points of view, refrain from personal attacks and stay on topic. To learn about our commenting policies and how we moderate, please read our Community Guidelines.