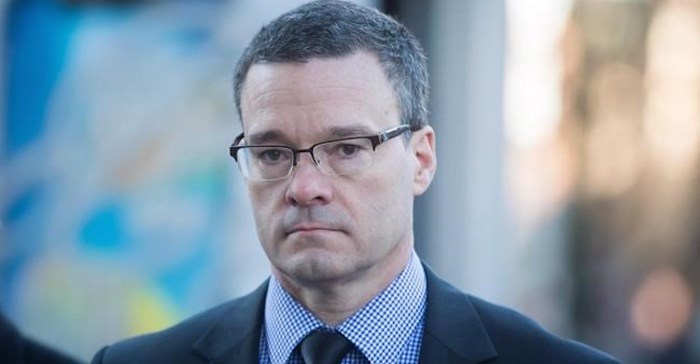 Former RCMP inspector Tim Shields arrives at Provincial Court in Vancouver, B.C., on Wednesday December 20, 2017. ECMP say a settlement has been reached in a lawsuit that alleged a former spokesman for the force in British Columbia sexually harassed a civilian employee. (via The Canadian Press

RCMP say a settlement has been reached in a lawsuit that alleged a former spokesman for the force in British Columbia sexually harassed a civilian employee.

The lawsuit against former inspector Tim Shields had been scheduled to go to trial on Tuesday (July 2), but court documents show the parties agreed to dismiss the action without costs in May.

RCMP Sgt. Janelle Shoihet says the terms of the settlement are confidential.

A lawyer for the woman who filed the lawsuit and an attorney for Shields did not immediately respond to requests for comment.

The woman filed the notice of civil claim in B.C. Supreme Court in 2013 alleging Shields made unwanted sexual advances toward her on numerous occasions.

The civil claim also named the provincial justice minister and Canadian attorney general, alleging a top-down culture of harassment within the force.

A different harassment lawsuit against Shields was also settled in February 2017 and a B.C. Provincial Court judge found him not guilty of one count of sexual assault in a separate criminal case that December.