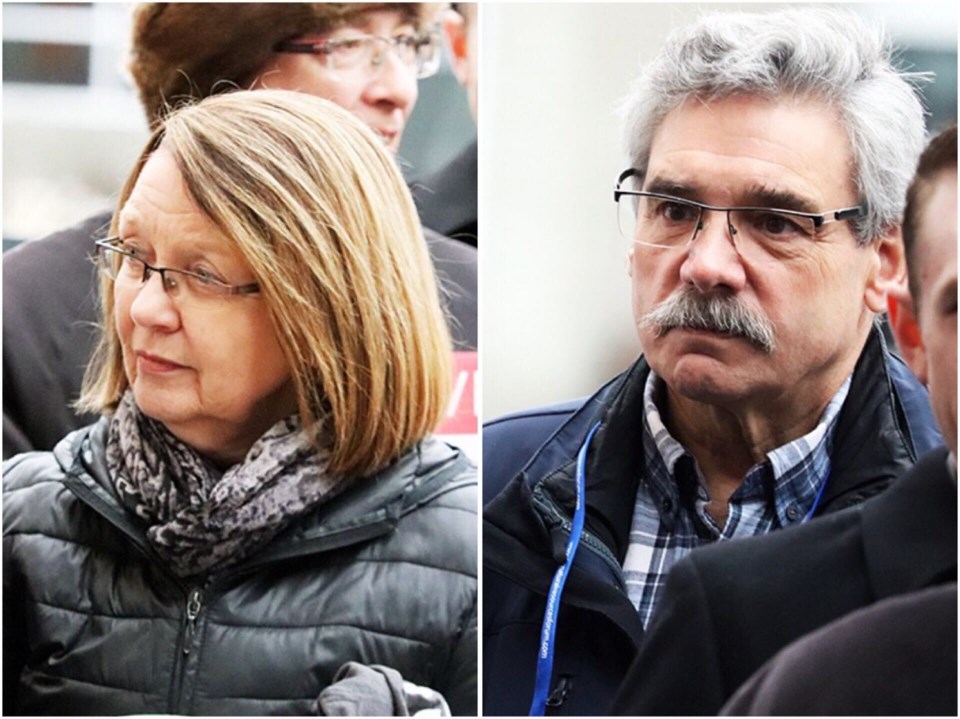 The two Prince George projected winners from the 2020 provincial election have now officially claimed their seats in the legislature.

Elections BC announced yesterday (Nov. 8) it's completed the final count and results after receiving hundreds of thousands of mail-in ballots, which delayed the final outcome.

In Prince George-Valemount, BC Liberal Shirley Bond has officially won a sixth term in Victoria, claiming 55.62 per cent of the popular vote. She finished with 9,703 votes.

The other results in the riding were as follows:

"Obviously, I hope that I’ve earned the confidence of the people of Prince George-Valemount," said Bond in an interview with PrinceGeorgeMatters on election night (Oct. 24).

“It's a very humbling experience to be elected once much less six times by the people of Prince George-Valemount. I’m very grateful and obviously a very emotional night for me and my family,"

BC Liberal incumbent Mike Morris will now serve his third term as the MLA for Prince George-Mackenzie after claiming 50.80 per cent of the popular vote. He finished with 8,543 votes.

"It's very humbling once again to be supported by so many people in Prince George –Mackenzie, hopefully, I won’t disappoint them sitting as an opposition member for the next four years," Morris also told PrinceGeorgeMatters on election night.

"I’d still like to make it clear to the folks in the legislature that we have issues with up here with forestry, I’d like to see a diversified economy from the resource sector take place. I’d like to see a petrochemical industry come forward here so I am going to be aggressively pursuing those things for the central interior and for British Columbia."

The final results in the riding were as follows:

Final count for the 2020 Provincial General Election is complete in every electoral district in the province. Read more: https://t.co/S0PYUuyJkL #bcpoli

Provincially, after the final count, Premier John Horgan and BC NDP are now a majority government, picking up 57 seats from original numbers on election night.

The BC Liberal Party has 28 and the BC Green Party hold two, but there could be some more changes.

With mail-in ballots included in West Vancouver-Sea to Sky, Liberal incumbent Jordan Sturdy has 9,216 votes, 41 ahead of Green Jeremy Valeriote’s 9,175.

Under the Election Act, a judicial recount must take place if the difference between the top two candidates is less than 1/500 of the total ballots considered at final count.

In West Vancouver-Sea to Sky, where the Green party had hoped to pick up its third seat, Elections BC said that threshold is 49.

Elections BC began counting about 660,000 mail-in and absentee ballots on Friday (Nov. 6), 13 days after the Oct. 24 provincial election.

If Sturdy’s win in West Vancouver-Sea to Sky holds, the NDP would have 55 seats, the Liberals 28 and the Greens two, with two other ridings still undecided as the ballot counting continues into today.

Green Leader Sonia Furstenau said in a statement the party will await the official recount result.

“Jeremy Valeriote is an excellent candidate and the close results in his riding show that the people of West Vancouver-Sea to Sky are hoping for a more sustainable and equitable future for their community,” Furstenau said.

“Every election, more and more voters have chosen to vote Green — that is cause for celebration and we will continue to work with the community to come out strong next time.”

The count on Saturday (Nov. 7) confirmed the victory of NDP candidate Kelli Paddon in Chilliwack-Kent over incumbent Laurie Throness.

In Abbotsford-Mission, the New Democrats took away what had been considered a safe Liberal seat.

The Liberal incumbent Simon Gibson was head in the riding on election night.

However, with the mail-in ballots included, New Democrat Pam Alexis finished with 10,364 votes to Gibson’s 9,620.

Alexis, who took a leave of absence as Mission’s mayor to run, thanked her volunteers and Gibson for his years of service in a statement on Twitter.

Liberal candidates have been elected in Abbotsford-Mission with more than 50 per cent of the votes since the riding was created for the 2009 election.

The counting continues in Richmond South Centre and Vernon-Monashee, the two remaining ridings that were too close to call on election night.

Elections BC spokesman Andrew Watson has said the agency hopes to complete the count in all ridings by Sunday but conceded that may not be feasible.

- with files from Kyle Balzer and Hanna Petersen, PrinceGeorgeMatters, and The Canadian Press