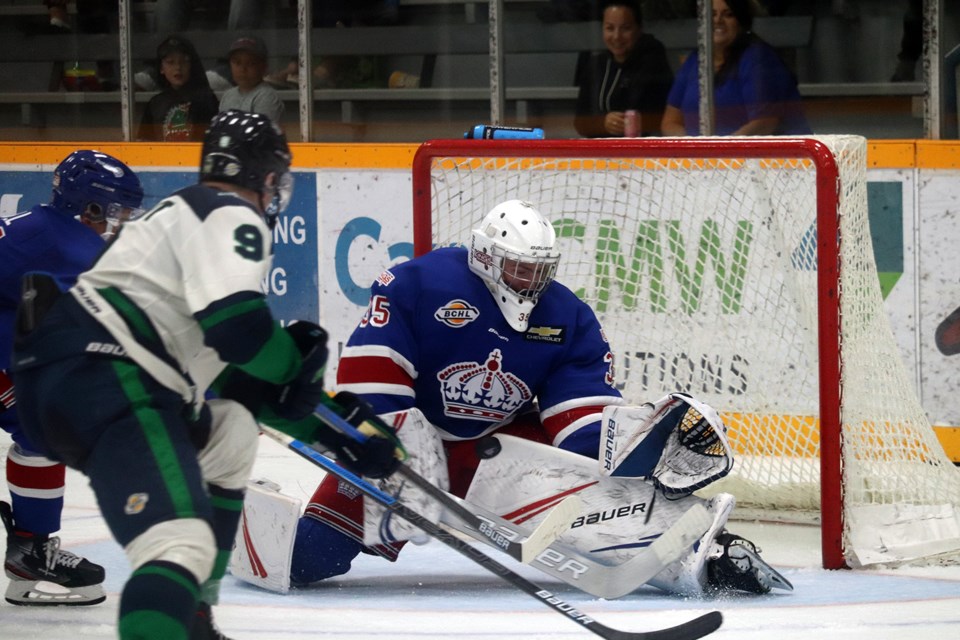 Jett Alexander is on a mission this month and it’s not just shut outs and victories for his Prince George Spruce Kings.

The 19-year-old netminder is raising funds for cancer research by donating 25 cents for every save he makes via the October Saves Goalie Challenge.

The North America-wide initiative sees hundreds of goaltenders donate to the cause and funds will stay in the continent once the month is over.

So, for every glove save, pad save, diving save, poke check, and highway robbery, a quarter from Alexander’s fundraiser will go to cancer research.

For example, last month the reigning Canadian Junior ‘A’ Hockey League (CJHL) goaltender of the year made 176 saves on 196 shots through seven games.

That means, he would’ve raised $44 from September’s stats.

He will likely get to well above and beyond that total as he’s raised $35 from donations thus far.

October Saves started five years ago by a hockey team in Virginia.

The Spruce Kings are in Penticton this week for the 2019 B.C. Hockey League (BCHL) Showcase, taking on the West Kelowna Warriors tomorrow morning (Oct. 4) at 10 a.m.

Prince George will then face the Trail Smoke Eaters for a second time in seven days on Saturday (Oct. 5) at 1 p.m.

NEWS | Goaltender Jett Alexander is putting forward something special this month! Jett will be donating 25 cents to cancer research for every save he makes! If you want to find out more info on this, head to Jett’s Instagram page. You can find his Instagram handle @jett.a #BCHL pic.twitter.com/v9heT6Lx96