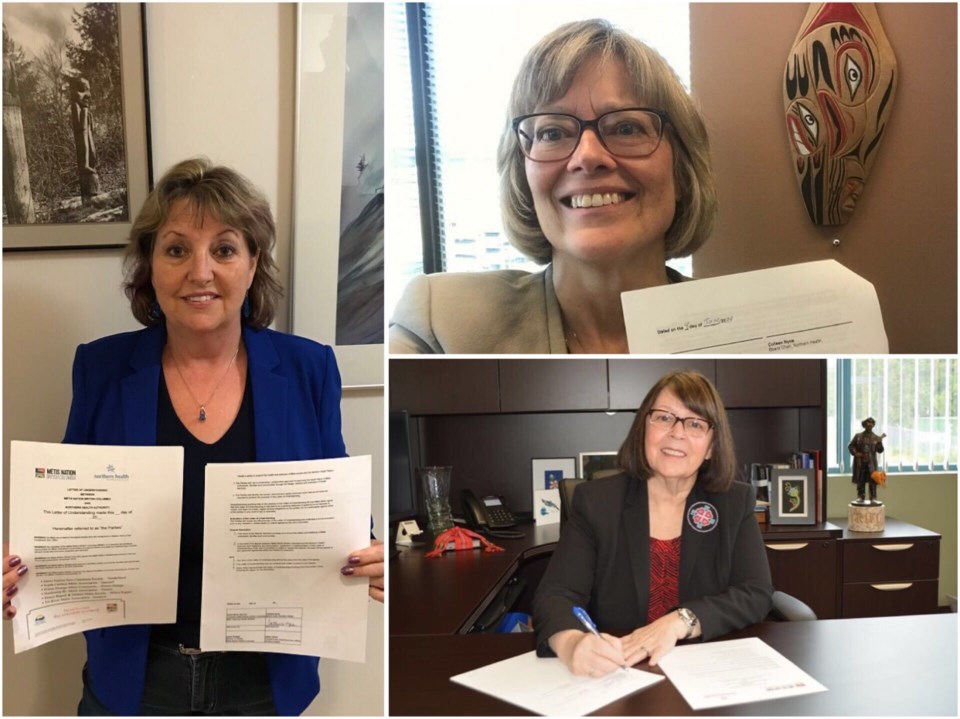 Métis Nation British Columbia has received a commitment from Northern Health to help the nation influence and advise in decision-making as well as Métis specific approaches.

"As Métis National Council’s Minister for Health, and the President of Métis Nation British Columbia, I am excited to sign off on our Letter of Understanding between MNBC and Northern Health today," Morin Dal Col said in a release.

"We look forward to the collective work ahead of us as we come together to ensure that the planning and delivery of health programs and services to Métis individuals, families and communities within the Northern Health region are accessible and culturally appropriate.”

“Northern Health is committed to partnering with Indigenous people and communities to build a health system that provides culturally safe services,” Nyce added.

“This Letter of Understanding acknowledges our partnership with the Metis Nation to support the health and wellness of Metis people across the northern region.

"The signing of this LOU solidifies the commitment and positive growing relationship between Northern Health and Métis Nation British Columbia. This commitment will work to improve health outcomes and better health services for Métis families of the ten (10) MNBC Chartered Communities served by Northern Health."