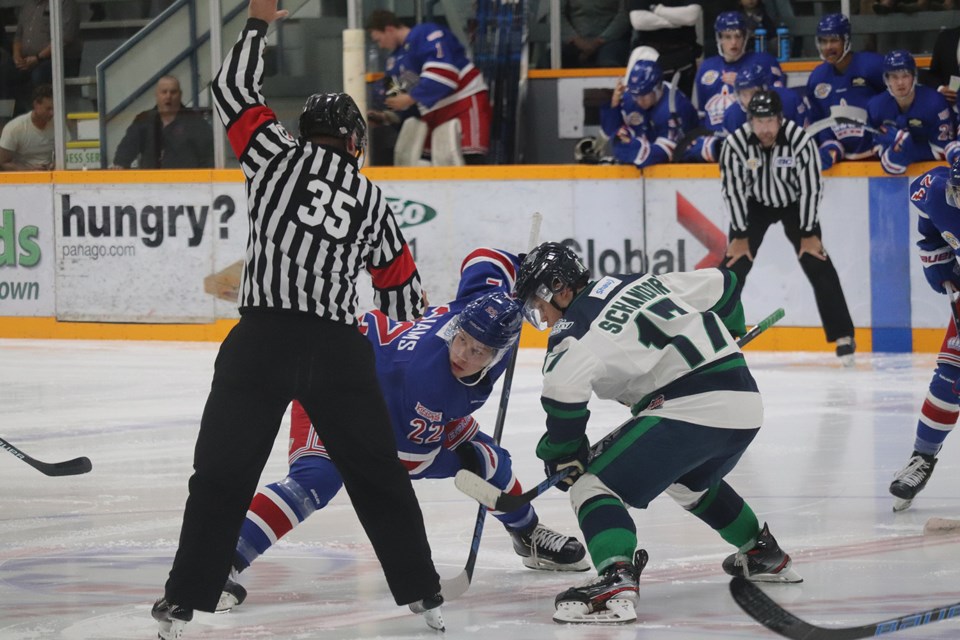 Six goals were scored between the two clubs, but the hockey gods flew with the Eagles in allowing them to score four goals to the Spruce Kings’ two in those 20 minutes, eventually leading to a 4-3 final.

Goaltender Carter Woodside made 24 saves on 28 shots Friday, while his teammates sent 25 pucks to the Eagles’ net.

Prince George got on the board first courtesy of their leading-scorer in Nick Poisson.

The alternate captain potted his first of two goals on the evening 7:22 into the first period, the assists to Nolan Welsh and Nick Bochen, to give the Spruce Kings a 1-0 cushion after the opening period.

King then evened the score once again for Surrey at 2-2 four minutes after, in which Poisson responded while on a power-play taking passes from Fin Williams and Welsh.

The Eagles came flying back with two goals 77 seconds apart to grab their first lead in the contest and it stood 4-3 through 40.

Despite killing the only penalty of the final frame, the Spruce Kings could not find a way to tie Surrey, leading to a loss and the end of their current three-game winning streak.

The loss downs Prince George’s record to 14-22-2-3 and are now five points behind Surrey for fourth in the Mainland Division.

Both teams face each other again tonight (Jan. 11) for the second of the weekend doubleheader with puck-drop scheduled for 7 p.m.

Jarin Sutton is coming home after being traded to the Prince George Spruce Kings
Jan 10, 2020 12:32 PM

Prince George Spruce Kings fulfill another player’s trade request
Jan 8, 2020 7:35 AM
Comments
We welcome your feedback and encourage you to share your thoughts. We ask that you be respectful of others and their points of view, refrain from personal attacks and stay on topic. To learn about our commenting policies and how we moderate, please read our Community Guidelines.