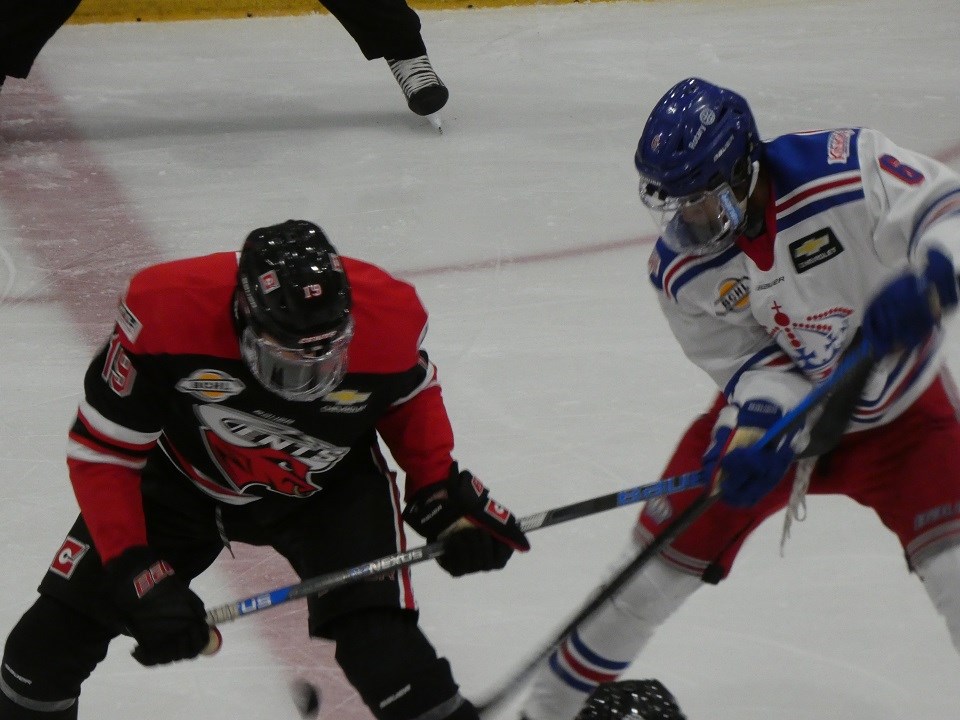 Prince George Spruce Kings in exhibition action against the Merritt Centennials on Oct. 10, 2020. (via Submitted)

There’s no rust in the Prince George Spruce Kings two weeks after its first competitive tune-up ahead of the 2020-21 season.

During its second stint in Merritt Friday night (Oct. 23), the power-play unit stepped up in each period to propel the red, white and blue to a commanding 6-2 win over the Centennials to improve to a 2-0 record in exhibition play.

Returning forward Andrew Seaman combined for a team-high three points, including a goal and an assist on the man-advantage with the eventual game-winner early in the second frame.

The 20-year-old was one of three players with multi-point performances.

Goaltender Jordan Fairlie got the win in his first start between the pipes on Junior ‘A’ ice, stopping 19 of 21 shots.

The icebreaker belonged to the host-Cents 12 minutes into the contest, but was immediately followed 2:29 later by Rowan Miller's second of the preseason while on the power-play from Corey Cunningham and Darwin Lakoduk.

After a 1-1 tie at the first break, the Spruce Kings cashed in on a pair of goals before the mid-way mark of the second period.

Seaman's special teams' goal was potted at 4:44 unassisted, then defenceman Mason Waite fired one into the cage less than five minutes later, receiving helpers from Cunningham and Tanner Main.

Merritt cut the lead to 3-2 before the second intermission, but John Herrington reclaimed Prince George's two-goal advantage 107 seconds into the final stanza with Seaman's second apple of the game.

Main lit the Spruce Kings' third power-play lamp of the evening just after the eight-minute mark from Seaman and Zach Gabruch.

The 6-2 campaign was finalized with Christian Buono's empty-netter with 18 seconds left.

The Spruce Kings will play their first of two exhibition games at the Rolling Mix Concrete Arena Sunday afternoon (Oct. 25) at 3 p.m. against Merritt, the third time of five preseason tilts with the Cents.