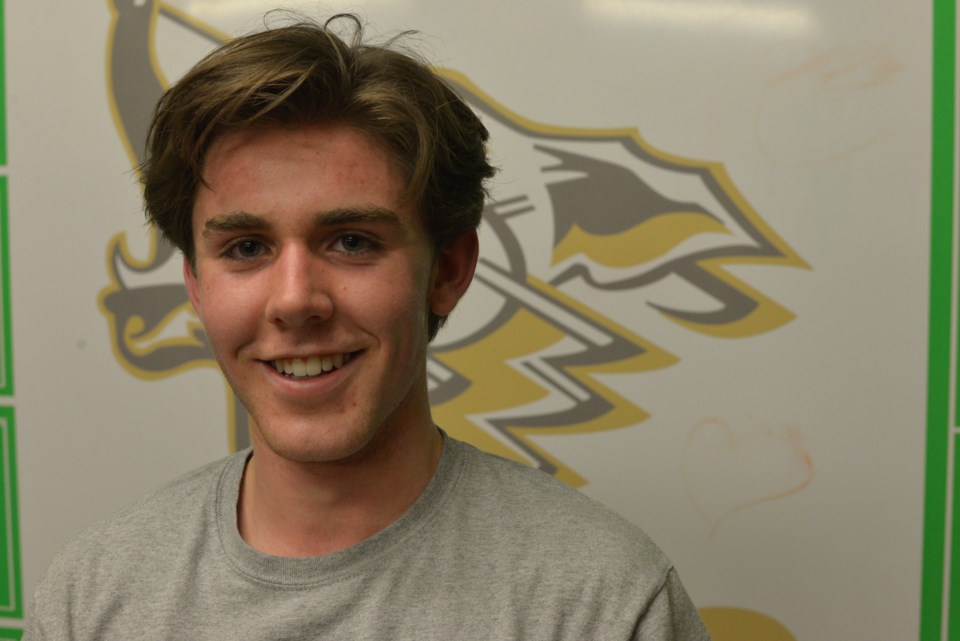 Gregor Smith is the newest addition to the UNBC men's soccer squad. (via UNBC Athletics)

The University of Northern British Columbia (UNBC) Timberwolves keep getting stronger with the commitment of 17-year-old Gregor Smith as the latest player to join the men's soccer team.

“This means a lot. It’s a dream come true," Smith says in a news release. "I have always wanted this, and I am so happy to be here. Being a scholar, I wanted to further my education as well as play soccer. Looking at U-SPORTS and how competitive it is, it just seemed like the perfect step forward for me.”

Smith currently plays for the Thompson-Okanagan Football Club and points to his coach, Dave Broadhurst, for preparing him for U-SPORTS competition.

He also adds a trip to UNBC earlier this month helped solidify his decision.

“The boys are a lot bigger, faster, and harder-hitting, but I just have to get used to that. It is a lot better," he says. "More fast-paced, keeps you on your toes, and keeps you thinking. They have been on the rise, and I want to be in a program that can continue to develop and have future success.”

The youngster isn't the tallest on the pitch, standing only five-foot-eight, but his speed, technical ability, and a firm understanding of angles and timing, will make him a force to be reckoned with.

“I bring energy and fast-pace. Hoping to score some goals," Smith says. "I like to see the field, get the ball, and play the pass. But, if it’s there, I will strike the ball and try to put it in the back of the net. I want to improve my game, become more aware, and get up to the level I need to be at, to be able to play for this team.”

Timberwolves head coach Steve Simonson was excited with Smith's skill, training, and character, which helped make it a no brainer to offer the 17-year-old a spot on the squad for the upcoming season.

“Gregor is a dynamic attacking player who we feel will be a great addition to our program and a player who has the ability to become a scoring threat in U-SPORTS," Simonson adds in the release. "He really impressed our players during his visit, and he gelled well with our team both on and off the field. Gregor has shown the personality and character that is required to be Timberwolf and we look forward to having him join us full time in the fall.”

Smith will graduate from Kelowna Secondary School in June and plans to pursue a Bachelor of Arts with hopes of becoming a teacher.

He will officially join the team in July when training camp opens.

“This team is so close. They’re a nicely knit group of boys, and it is so cool to see it," he adds in the news release. "I am excited to be a part of it. Steve is an amazing guy and an amazing coach. He has made this feel like a perfect fit. Feels like home."