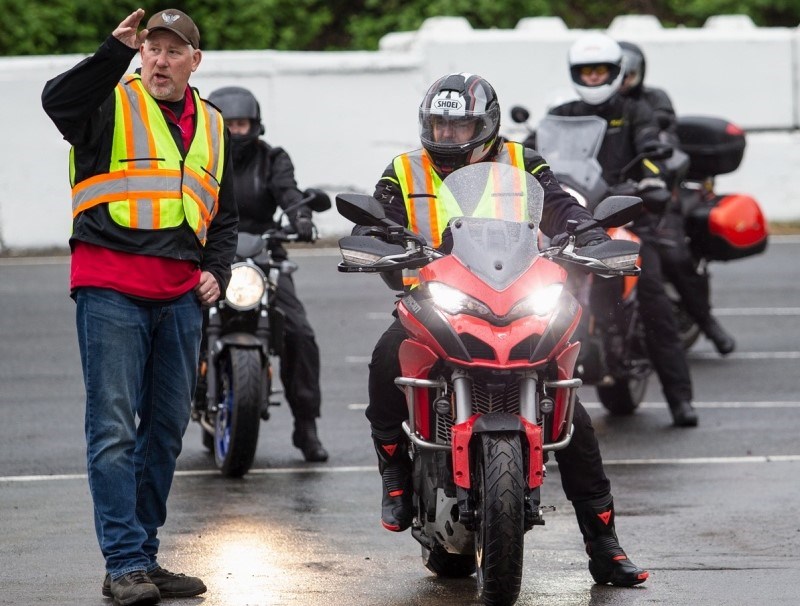 At least two people will die in motorcycle crashes on B.C. roads each weekend this summer, if this year follows the same trend as last year.

There were 51 deaths related to motorcycle crashes in the province in 2018 — the highest number recorded in the past decade, according to a B.C. Coroners Service report released last week.

“We were surprised to see such a big jump from 2017 to 2018 in terms of the number of deaths,” said Andy Watson, manager of strategic communications for the B.C. Coroners Service.

He noted that the count includes any death resulting from a crash that involved a motorcycle and could include a pedestrian or a passenger or driver of another vehicle. Most deaths, however, were motorcyclists.

In just two weeks last September, three people were killed in motorcycle crashes on the Island and two others were injured.

A man in his late 30s was killed in a collision with a car Sept. 27 on Ocean Boulevard near Esquimalt Lagoon, just two days after a 29-year-old man died following a crash on Mount Washington’s Strathcona Parkway. The man left the road on his motorcycle and went down a steep embankment.

Another man was killed Sept. 13 in a head-on collision with a dump truck on Highway 19A south of Campbell River.

An August 2018 Coroners Service report found that motorcyclist speed and impairment were the leading contributing factors in motorcyclist deaths that year. Motorcyclist error and inexperience contributed to about 10 per cent of deaths.

Those in the motorcycling community say more training for both motorcyclists and other motorists would help reduce the risk to riders, who are more vulnerable than those travelling in cars.

“The fact is you are on a two-wheel vehicle. You will fall over at some point,” said Chris Chong, a main administrator of the Lower Island Riding Club. “It’s whether it’s in the parking lot or your garage, or out on the street.”

When people approach the club with an interest in learning to ride, they’re always pointed in the direction of a riding school, Chong said.

“We definitely do not advocate getting a buddy to teach you in the parking lot,” he said. “You’re not going to get the years of experience of an instructor.”

Laughlin would like to see more required training for new motorcyclists before they get their licences.

“There’s lots of people out there with the idea like: ‘How hard can riding a motorcycle be?’ ” Laughlin said. “People need to get trained and come back for refresher training.”

Getting a motorcycle licence in B.C. is a three-step process for those who already have a driver’s licence. New riders need to take a written test, a skills test and a road test. The graduated process is similar to that of passenger-vehicle licences, with drivers getting learner’s and novice licences before their full licence.

New motorcycle riders who don’t have another class of licence must wait three years and 30 days between their written test and final road test. Those getting a passenger-vehicle licence must wait between 30 months and three years, depending on whether they took an ICBC-approved driver- training course.

For motorcycle riders who already have a passenger-vehicle licence, the waiting period is significantly shorter, at 44 days.

Laughlin said he believes the tests are appropriately challenging for new riders. Students who have gone through several days of courses have a high success rate, but he said the overall pass rate is much lower.

“They’re not learning all the things about a motorcycle,” Laughlin said of riders who choose not to take professional training.

Riders who fail the test can take it again after one week.

In an email, the Attorney General’s Ministry said the government and the Insurance Corp. of B.C. are investigating options to enhance the motorcycle licensing framework based on recommendations from motorcycle research and best practices.

“At this time, no decisions have been made,” it said.

Unlike new car drivers, new motorcyclists do not need to have a supervisor with them while driving for their first year.

“I’d probably call it questionable as to why you can ride unsupervised on a motorcycle, but not in a car,” Laughlin said.

He would like to see more comprehensive data collected about fatal motorcycle crashes, including information about the motorcyclists’ training, what kind of bike they were riding and whether other vehicles were involved.

He believes having this kind of information could help inform guidelines to improve safety for motorcyclists — just as collection of car-crash data in the U.S. led to changes, such as seatbelts and collapsible steering wheels, that drastically improved vehicle safety.

Transport Canada’s National Collision Database tracks the number of fatal motorcycle crashes according to how many vehicles were involved.

Data over a 10-year period from 2007 to 2016 shows that more than half the fatalities in Canada resulting from motorcycle crashes involved a second vehicle, while 40 per cent involved only the motorcycle. The remaining crashes involved three or more vehicles.

There appears to be no government body in Canada that gathers the information Laughlin is looking for about a motorcyclist’s history.

It doesn’t fit within what the B.C. Coroners Service is legislated to investigate and it isn’t collected by Megson FitzPatrick, a private insurance company specializing in motorcycle insurance in Victoria.

ICBC, which receives crash information from police after an investigation, has no database indicating how much training motorcyclists involved in fatal crashes had, according to Mark Milner, ICBC’s road safety program manager.

Milner said that ICBC doesn’t provide discounts to drivers or motorcyclists for taking professional training because they don’t have data to support any positive impact.

“When we studied this a few years ago, we couldn’t find a lasting benefit in terms of crash reduction,” Milner said. “But that has a lot to do with the variability of driving schools.”

As a motorcyclist who has taken professional training, Milner said he feels the training makes “an enormous difference” to a rider’s skills, and said that ICBC may look further into providing financial incentives for drivers and motorcyclists to take training.

Putting more emphasis on teaching other drivers to look out for motorcyclists would also help, Chong said.

“One of the common things we get from our students is: ‘I’m a much better car driver now that I’ve taken the training and I know what’s out on the street.’ Because you’re more aware of all the potential hazards out there,” Laughlin said.

Chris Foord, vice-chairman of the Capital Regional District’s Traffic Safety Commission, said he would like to see continual training required for drivers.

Foord suggested encouraging drivers to take a defensive-driving course every 10 years, with a discount on insurance for those who do.

“I think the roads would be much safer if all drivers went through professional training courses,” Foord said.

“You now get a licence that will allow you to drive unchallenged for the next 60 years.”

Foord’s other suggestion is speed cameras on highways.

“Point-to-point cameras on stretches of road like the Malahat or the Sea-to-Sky Highway can save way more lives than speed cameras through intersections,” he said.