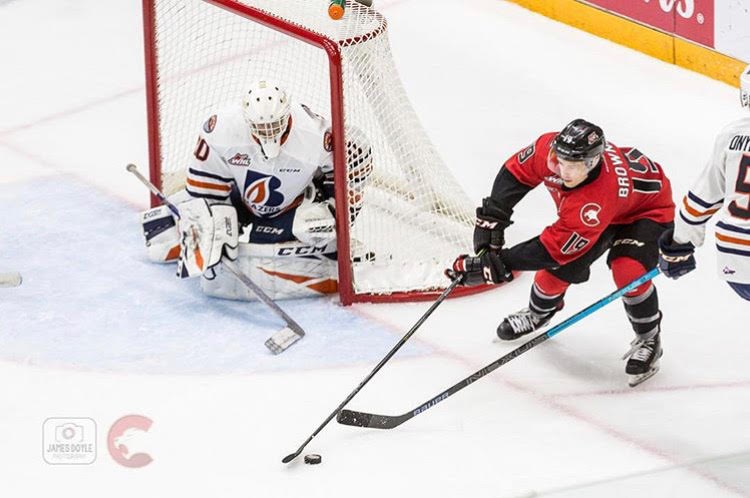 The Prince George Cougars broke out Friday night (Feb. 22) and extinguished the Kamloops Blazers in a 2-1 shootout win on the road.

This marks the end of what has been the longest losing streak in the team’s 25-year history since moving from Victoria to B.C.’s northern capital at 17 games.

The drought officially started Jan. 16 when the Cats lost to Western Hockey League’s (WHL) best team, the Prince Albert Raiders; they beat the Kelowna Rockets at the CN Centre four days prior (Jan. 12).

Goaltender Taylor Gauthier made 41 saves, plus both shootout attempts he faced, to seal the Cougars’ 17th win of the year and their first of the nine-game season series against the Blazers.

It’s also the team’s first win at the Sandman Centre since March 2018.

“It feels so good,” said Cougars Assistant Head Coach Nick Drazenovic in a news release. “The boys played their hearts out. Kamloops had a push in the third but our motto going into it was bend but don’t break. Top to bottom, we battled and we were rewarded.”

Forward Josh Maser scored the lone goal in regulation time for Prince George, his team-leading 23rd of the year, coming on a power-play over eight minutes into the game.

The contest went scoreless in the second and the first 13 minutes of the third until the Blazers tied it up at 1-1.

After overtime solved nothing, Prince George only needed two rounds in the shootout to beat their B.C. Division rivals, thanks to tallies from Ethan Browne and Vladislav Mikhalchuk.

Browne finished with two points after adding an assist on Maser’s marker in the opening frame.

Defenceman Cole Moberg also helped on that goal, but was forced to leave the game later on with what is being called an upper-body injury.

BREAKING: @PGCougars snap longest losing streak in 25-year history at 17 games with a 2-1 (SO) win over @blazerhockey in Kamloops | #CityOfPG #WHL @PGMatters pic.twitter.com/YwPnoh3Z6y

With nine games left in the season, Prince George is still nine points behind Kamloops in the Western Conference and 13 behind Seattle for the second wild-card playoff spot.

The Cougars will be south of the border for Saturday’s tilt in Everett (Feb. 23), facing the Silvertips for the third time in six days.

The ‘Tips lost tonight in overtime against Seattle by a score of 4-3, but remain the top team in the WHL’s Western Conference by three points to the Vancouver Giants.

Raiders roll over Cougars in third-period outbreak
Jan 17, 2019 9:35 AM
Comments