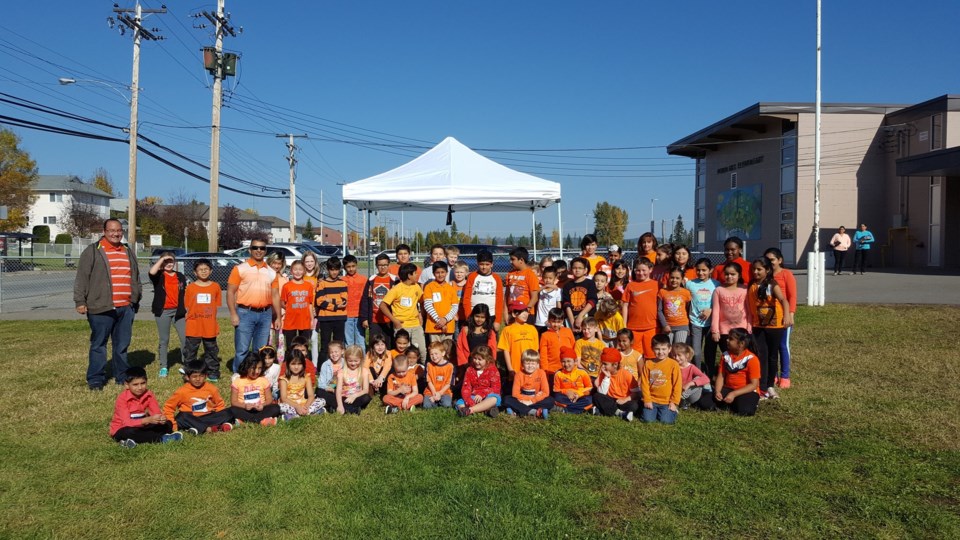 On Friday (Sept. 28) college and university students in Prince George will be wearing orange shirts.

That’s because Sept. 30 is Orange Shirt Day, which is an opportunity for First Nations, local governments, schools, and communities to keep the discussion about the harm of Canada's residential school system alive.

Orange Shirt Day was first held in 2013, and is the legacy of Phyllis (Jack) Webstad, who went to the St. Joseph Mission residential school in Williams Lake when she was six years old.

She had her shiny new orange shirt taken away from her on her first day of school at the Mission.

Webstad says the orange colour “has always reminded me of that and how my feelings didn’t matter, how no one cared and how I felt like I was worth nothing. All of us little children were crying and no one cared.”

The day is commemorated each year on Sept. 30 because it’s the time of year in which children were taken from their homes to residential schools and because it sets the stage for anti-racism and anti-bullying policies for the coming school year.

Since Orange Shirt Day falls on a Sunday, schools in School District 57 celebrated the day on Sept. 27, as they have a Pro-D day on Friday, Sept. 28.

The day also happened to coincide with the school district’s Terry Fox Run. Many students participated in the run to remember Terry Fox’s legacy while also wearing their orange shirts in recognition of Canada’s residential school system.

The University of Northern British Columbia (UNBC) and the College of New Caledonia will be holding events on Friday to mark the day.

The UNBC bookstore is selling orange shirts with the motto "En cha huna," which is inspired by Dakelh (Carrier) Elders, which means "he/she also lives" and is a reminder to respect all forms of life.

At CNC, the day will be commemorated at noon in the Gathering Place where Stephanie Jack will give a presentation about how Orange Shirt Day came to be. There will also be a moment of silence to honour the day before bannock and tea are served.