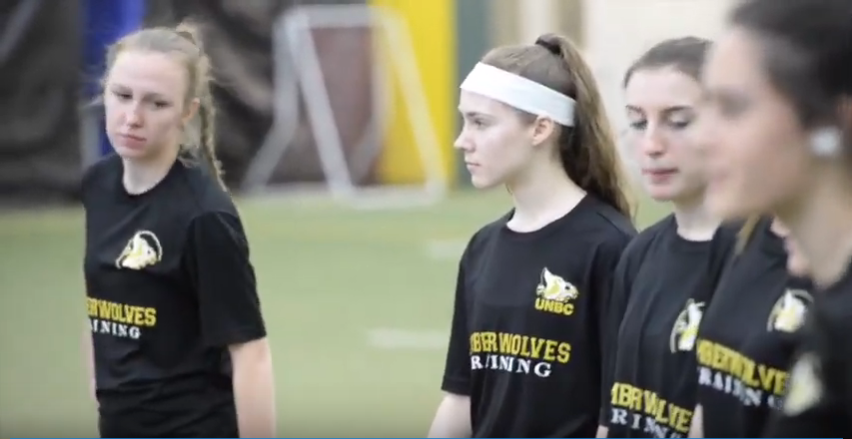 The killer instinct of an orca whale.

That’s what Lexy Green will bring to the Prince George pitch with the UNBC in the 2019-20 season after officially committing to the women’s soccer squad today (March 29).

The 17-year-old is set to graduate with honours from Surrey’s Elgin Park Secondary in June (home of the Orcas) and is looking forward to what B.C.’s northern capital has to offer for her soccer career.

“Playing soccer at the university level has always been a dream of mine, and I am happy Neil (Sedgwick) gave me the opportunity to make my dreams a reality. I think I am going to be able to grow and develop here, and I want to help them go to the next level,” said Green in a team release.

She currently plays in a forward/wing position and has been known to put pressure on opposing teams, not letting her five-foot-five stature be a discouragement.

“I think I am pretty fast,” she explained. “If you put that long ball over the top, I am going to get it on the other end. I am pretty aggressive, too. I don’t give up easy, and no one is going to get the ball from me without a fight.”

“Lexy has a complete openness to learning and is committed to her personal growth and the growth of this team,” said Sedgewick, while adding she has potential to be an impactful player in Canada West. “Coming in as a technically solid player, it is exciting to anticipate the type of contributor she will be for our program. She has adapted quickly, and has shown a keen interest in developing what we like to see from the players, in terms of their visual awareness. Lexy truly is an exciting prospect.”

In the UNBC classroom, Green will study molecular biology, officially joining her teammates in Prince George later this year for August training camp.

Vasiliki Louka becomes first UNBC woman Timberwolf named to First Team Canada West All-Star squad
Feb 21, 2019 12:00 PM
Comments
We welcome your feedback and encourage you to share your thoughts. We ask that you be respectful of others and their points of view, refrain from personal attacks and stay on topic. To learn about our commenting policies and how we moderate, please read our Community Guidelines.