Surveying the state of online awareness and cyberscams in Canada 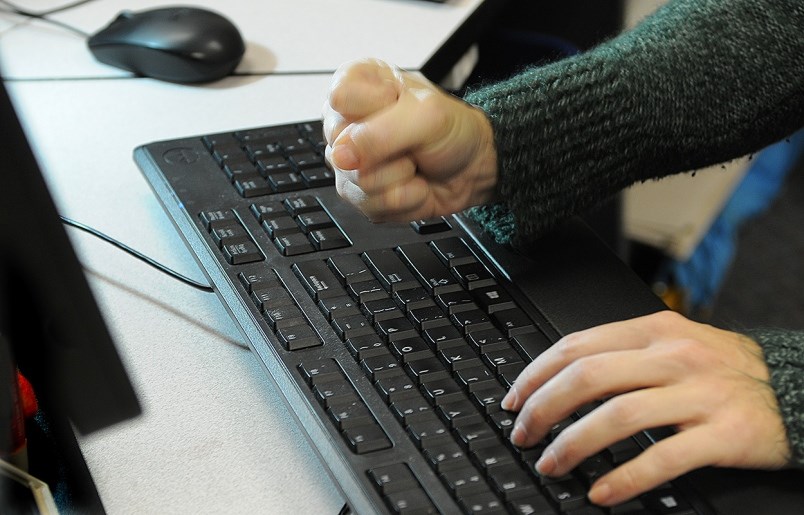 My company’s email address has been active for just over a year. In that span, I have received an extraordinary array of messages that echo the so-called “Nigerian scam.”

Among all of the communications I have received, one stands out from the pack. It came from a person who claimed to be the executive of an African oil-producing nation who was looking for a partner in securing the profits of a deal that had to be finalized in Bitcoin. What set this message apart was the sender’s acknowledgment that “we” would be committing a corrupt act, but he was close to retirement and had to think about his family.

Evidently, I did not reply. But the growing collection of unsolicited offers made me wonder whether I was especially targeted by possible scammers for some reason. It was time to ask a representative sample of Canadians to review if what I experienced was the norm.

Across Canada, 72 per cent of respondents to a Research Co.poll say they have received an email offering them money for their assistance or help. In British Columbia, the proportion grows to 81 per cent. Maybe I am more likely to receive these messages because of my location.

Aside from this type of message, another nuisance that can reach our inbox is “phishing.” This is what transpires when you receive an email where a person masquerades as a trustworthy entity, with logos and pictures from a bank or a store you know. When an unsuspecting person clicks on one of the supplied links (which are designed to look and feel legitimate), they go to a place that is decidedly not official and can end up giving away valuable information and money.

More than three in five Canadians (62 per cent) claim to have received “phishing” emails, with a higher incidence reported by men (68 per cent), millennials (70 per cent) and British Columbians (71 per cent).

Other issues, which are decidedly more problematic than scams and phishing, are thankfully not as prevalent. Almost two in five Canadians (39 per cent) say their computer became infected with a virus while they were browsing the internet, 20 per cent acknowledge that their email address was hacked and four per cent say that someone took over their social media platform without their consent.

There is a sizable gender gap on the “infection” question, with 44 per cent of men saying they “caught a virus” compared with just 34 per cent of women. This could lead to all sorts of interesting discussions about the websites that are being visited by male Canadians, especially if the computer is shared among different members of the household.

In spite of these problems, Canada is becoming more accustomed to paying for stuff online. More than four in five Canadians say they are comfortable accessing banking information (87 per cent), shopping for goods and services (86 per cent) or commenting on forums that require their email address (82 per cent). These are extremely high numbers when compared with the skepticism that met the early years of e-commerce.

One issue finds a slightly lower level of comfort: making a charitable donation online (73 per cent). While we still see a majority of Canadians saying there’s nothing wrong with this way of helping charities, there is a 14-point gap when compared with the banking question. The level of confidence in existing online tools is currently inferior for charities — and this could ultimately end up affecting their bona fide fundraising efforts.

Still, having most Canadians express comfort with the current state of affairs does not mean that specific cyberthreats are not present. At least seven in 10 Canadians have worried over the past couple of months about having their personal information stolen over the internet (72 per cent) as well as computers and technology being used to invade their privacy (71 per cent). Slightly fewer residents (64 per cent) are also concerned about somebody hacking into their own computer or smartphone.

The results of this survey outline a Canadian society that is wary about cybertheft but is learning to discern fake emails from real ones. Scams are an irritant that can be dealt with easily, but that does not mean that residents are not worried about their personal information being grasped by the wrong people.

Results are based on an online study conducted from May 31 to June 3, among 1,000 adults in Canada. The data has been statistically weighted according to Canadian census figures for age, gender and region in Canada. The margin of error – which measures sample variability – is plus or minus 3.1 percentage points, 19 times out of 20.

Mario Canseco is the president of Research Co.

B.C. home sales ‘surge back’ to pre-COVID levels
Jul 14, 2020 8:05 AM
Comments
We welcome your feedback and encourage you to share your thoughts. We ask that you be respectful of others and their points of view, refrain from personal attacks and stay on topic. To learn about our commenting policies and how we moderate, please read our Community Guidelines.