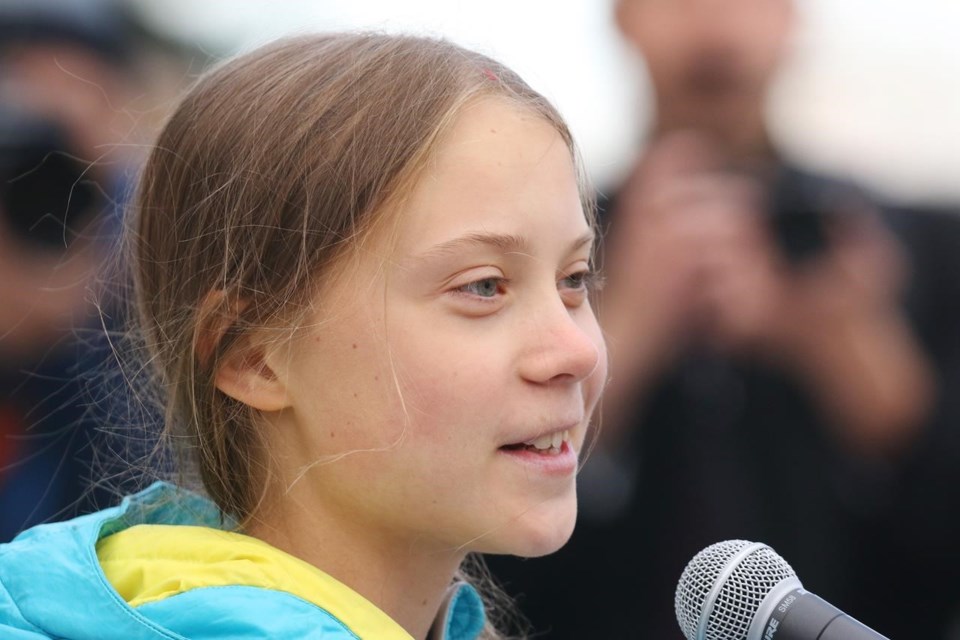 Climate change activist Greta Thunberg will visit Vancouver to take part in what organizers bill as a post-election climate strike.

The Swedish teenager inspired the Fridays For Future movement and weekly climate strikes to highlight the need for urgent action aimed at halting climate change.

A youth-led organization called Sustainabiliteens says the 16-year-old will join a demonstration in downtown Vancouver on Friday at 11 a.m.

It says the event will also include an announcement about the next step in Canada's youth climate movement.

Thunberg is touring Western Canada and attended a climate strike rally last Friday that attracted thousands of people to the lawn of the Alberta legislature.

Spokesman Sam Lin says now is the time for cross-party collaboration to battle the climate crisis.

"We call on the new MPs to act like adults, put aside your partisan differences and take action for a safer and more beautiful world for future generations," Lin says in the statement.