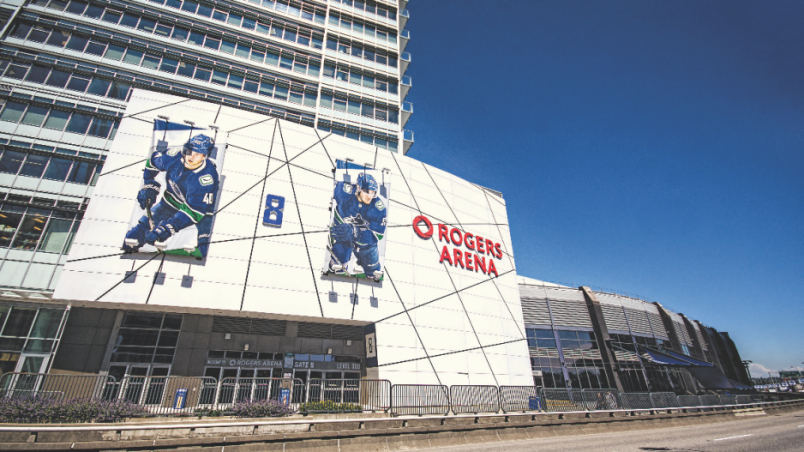 Turn the TV volume high enough and perhaps even the faint echoes of the puck dropping at Rogers Place in Edmonton will be heard by Vancouver fans left with no option but to watch from home.

With the Canucks battling against the Minnesota Wild in the National Hockey League (NHL) playoffs qualifying round in early August, the fan presence in the arena was as lacking as Vancouver’s offence in Game 1.

But with COVID-19 restrictions leaving the stands empty, expect the role of social media to reshape fandom this season.

“We’ve always looked at sports on Twitter as an opportunity for sports fans to engage as if it were a virtual sports bar,” said Conor Clarance, head of sports at Twitter Canada. “It’s where you can go to find that niche conversation. You can find your Canucks fans, you can find your BC Lions or your Whitecaps fans outside of the stadium.

“What we’ve seen now is that conversation has only grown as there’s this potential for no fans in stadiums and how long is that going to last, etc., etc. So there’s a ton of excitement around being a sports fan and having that ability to have that conversation and cheer on your team on Twitter. And that seems to only be growing as sports kind of comes back now in their new forms.”

Hockey conversation on Twitter grew 114 per cent upon the resumption of the NHL season during the first weekend of August compared with the last weekend before the pause to the season in March, according to data provided to Glacier Media.

Clarance said it also helped that six out of seven Canadian NHL teams played over that August weekend.

Clarance, who works with leagues, broadcasters and publishers to help them connect with fans over Twitter, said the long absence of pro sports leagues in North American sports leagues has created pent-up demand for their return.

Major League Soccer (MLS) was first out of the gate last month, followed by Major League Baseball (MLB) – the latter of which has seen COVID-19 outbreaks ravage teams as they travel rather than play in hubs like NHL and National Basketball Association (NBA) teams.

“When you think about a Canadian audience that is predominantly fans of the lone Canadian baseball team [Toronto Blue Jays], that’s a pretty sizable jump,” he said.

“What you’re going to see is likely the largest month of sports conversation ever this September when you look at this sort of perfect storm we have of six major leagues – NFL, NBA, MLS, NHL, PGA Tour [and MLB] – all happening at the same time within the month.”

Clarance anticipates the roar of the stadium crowds will ultimately transition to conversations over Twitter for now.

“The communal aspects of sports are missing when you can’t attend games,” Andrew Selepak, a professor specializing in social media at the University of Florida, said in an email to Glacier Media.

“This is where the social media marketing for teams is essential,” Selepak said. “Social media accounts for professional sports teams need to provide not only the content that fans want, but the communal experience that fans crave.”

He said it will be up to teams to encourage their fans to engage in second-screen experiences, with their TVs tuned to the game while they have their smartphones in their hand as they tweet, post to Facebook or follow along with specific hashtags.

“Teams could set up live feeds from the bench or get exclusive in-game interviews, hold online contests, post polls, request user generated content and so much more,” he said. “Social media is already about engagement, but with in-person engagement limited during the pandemic, this is when a team’s social media has the opportunity to expand their role and get fans interested.”

Meanwhile, made-in-B.C. technology has already been capitalizing on this transition.

Victoria-based SendtoNews Video Inc. is best known for its video distribution platform for sports highlights that are showcased within online stories for publications such as the Los Angeles Times or the Chicago Tribune.

“Three years ago that’s what we did in a year and now we do it in a month, and we see that trend continuing,” CEO Matthew Watson told Glacier Media in July.