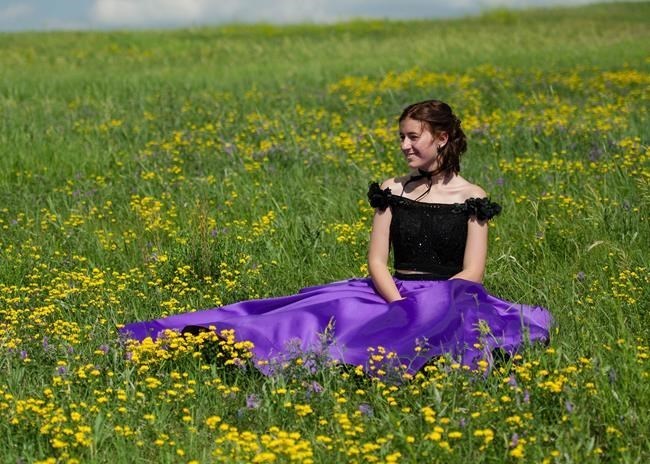 A terminally ill cancer patient who recorded a video from her hospital bed that urged Canadians to vote has died, the teen's family says.

Brent Williamson, who was Maddison Yetman's uncle, says in a Twitter post that the young Winnipeg woman died Saturday.

Yetman's video in October, made shortly after her diagnosis at age 18, showed her holding up cards with hand-written messages saying she managed to vote in advance of the Oct. 21 federal election despite having terminal cancer.

Within hours of being posted, it was viewed more than 47,000 times.

A message posted on Yetman's social media accounts Sunday said that in lieu of flowers, mourners should donate to the Nature Conservancy of Canada.

"Our beautiful little peanut passed away yesterday. She was stronger than anyone could imagine and left a wonderful mark on this world," Williamson said on Twitter.

Yetman had been feeling sick for a few days, with achy bones and sore joints, when her family got together for brunch on Oct. 6. They took her to a medical clinic when her symptoms worsened. Soon after, she was admitted into the Health Sciences Centre's cancer ward.

Within five days, Yetman, learned she has a type of cancer called sarcoma and it had spread through her body, into her blood and bone marrow.

She was given days to weeks to live, Williamson told The Canadian Press last month.

Yetman had been looking forward to voting in her first federal election since junior high school and cast her vote from her hospital bed.