Council takes baby-steps towards adopting the North Nechako Neighbourhood Plan
Oct 8, 2019 11:54 AM By: Hanna Petersen
Previous Next
1 / 1 The area is largely undeveloped as gravel extraction operations have taken place in this location since the 1970s. (via City of Prince George)
Expand
Previous Next

What was is now just gravel pits, could eventually become a thriving neighbourhood home to hundreds of people. 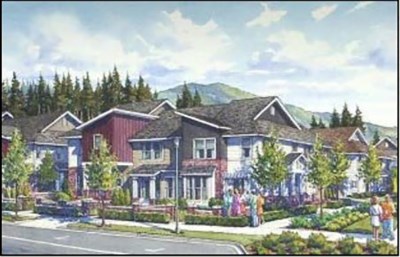 The area is largely undeveloped as gravel extraction operations have taken place in this location since the 1970s.

However, this plan envisions the area home to 422 low-density residential units and 366 medium-density units, when full build-out is achieved in a projected 20-25 years.

The estimated population for this area also totals 2,334.

This area is already characterized by its recreational access to greenspace including informal trails that exist along the North Nechako River, Nechako Riverside Park, Nechako Park baseball fields, and connectivity to trails beyond the neighbourhood area.

“The plan would be used to inform those land-use decisions as they come down the road,” said city planner Tristian Deveau during his presentation. “Should third reading be granted today, administration will submit a report recommending the adoption of the neighbourhood plan to coincide with the final reading of the OCP amendments.”

Ashley Thandi, a community planner for L&M Engineering gave more details on the vision for the plan.

“The North Nechako Neighborhood Plan now creates an opportunity to plan for infill redevelopment that would help to complete and revitalize this area of our community once all the gravel has been extracted from the gravel pits.” 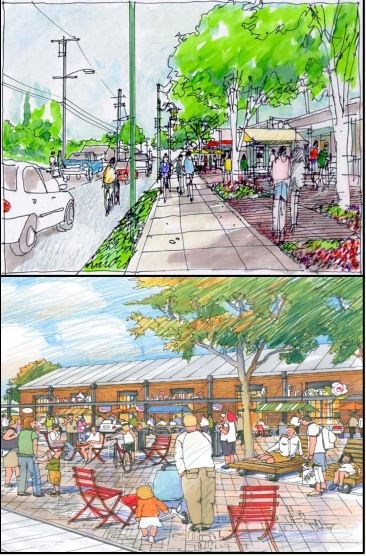 Neighbourhood commercial areas focused on supporting local business and public gathering spaces are also considered in the plan. (via City of Prince George)
She noted that the plan also accommodates for greenspace as it includes one neighbourhood park, retention of the Nechako River Greenway trail and 3.6 km of new trails and pedestrian walkways.

“This neighbourhood plan will provide certainty for council, citizens and developers regarding how this area can be developed in the future,” said Thandi. “It gives us the opportunity to create progressive land-use planning policies that ensure we effectively conserve the environment, transportation networks, parks and trails, and interfaces between neighbourhoods and create the opportunity for public dialogue about how we envision or community growing and developing in the future.”

Mayor Lyn Hall also stressed this is just one of the first steps in a long process, in which the public will have ample opportunities for input and consultation.

“I want to make it clear to the people that are here this evening and to the people who live in the North Nechako area that this is not the last opportunity for them to comment on this,” said Hall.

“The final reading for the OCP will be at a future council meeting and council at that time will be asked to adopt the official neighbourhood plan but that plan is to be used by council as the city just as a future guide for land-use decisions that may require specific rezoning.”

“The OCP together with the neighbourhood plan set out the broader land-use objectives.”