Two encores will help staff decide if the newest park at Wood Innovation Square will be suitable for 2020
Sep 12, 2019 11:02 AM By: Jess Fedigan 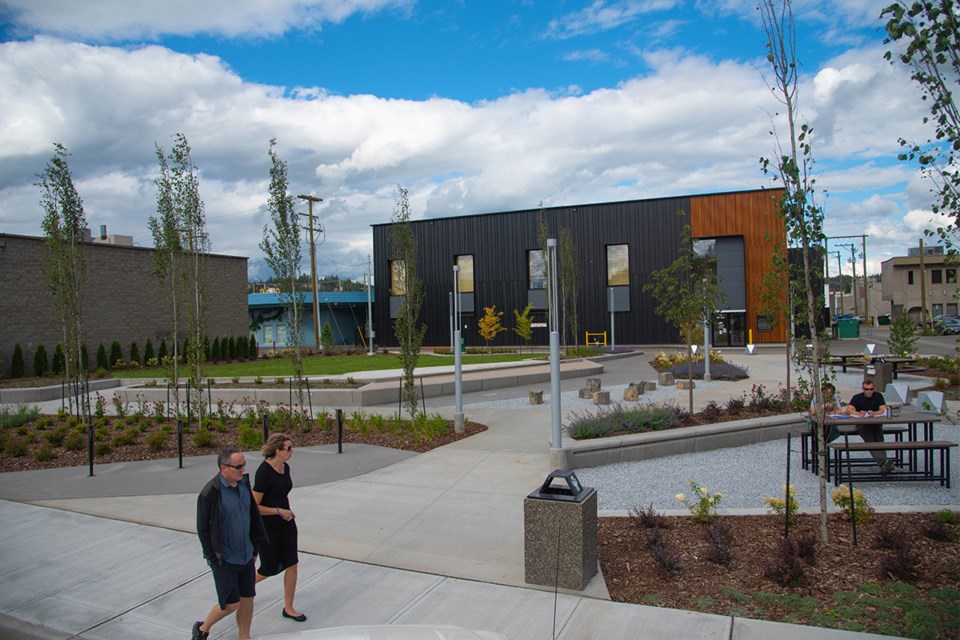 The City of Prince George has announced there will be two more Foodie Fridays this year, to help staff decide if the new park downtown at the Wood Innovation Square will be suitable for the 2020 event next year.

Originally, the event took place at Veterans Plaza in front of city hall but was moved to Canada Games Plaza and later the Wood Innovation Square due to the construction along Seventh Ave.

The first will take place tomorrow (Sept. 13) while the second is to be held on Sept. 20.

The White Goose Bistro, Smokey J’s, North City Donair, and Spicy Greens will be in attendance for both dates, while Frozen Paddle will be serving ice cream on Sept. 20 only.

The numbers for 2019 have been the best ever for the event.

“The extension of Foodie Fridays was driven by the participating food vendors simply not wanting the event to end for the season, and the numbers indicate that neither does the public,” Civic Events Coordinator Jen Rubadeau says in a release.

Foodie Fridays is coming back for a first and second encore featuring popular local food trucks, street vendors, and live music downtown at Wood Innovation Square next to the Wood Innovation and Design Centre at 5th and George Street. - https://t.co/CBNsSWq9EE pic.twitter.com/Sl1t2cWjBn