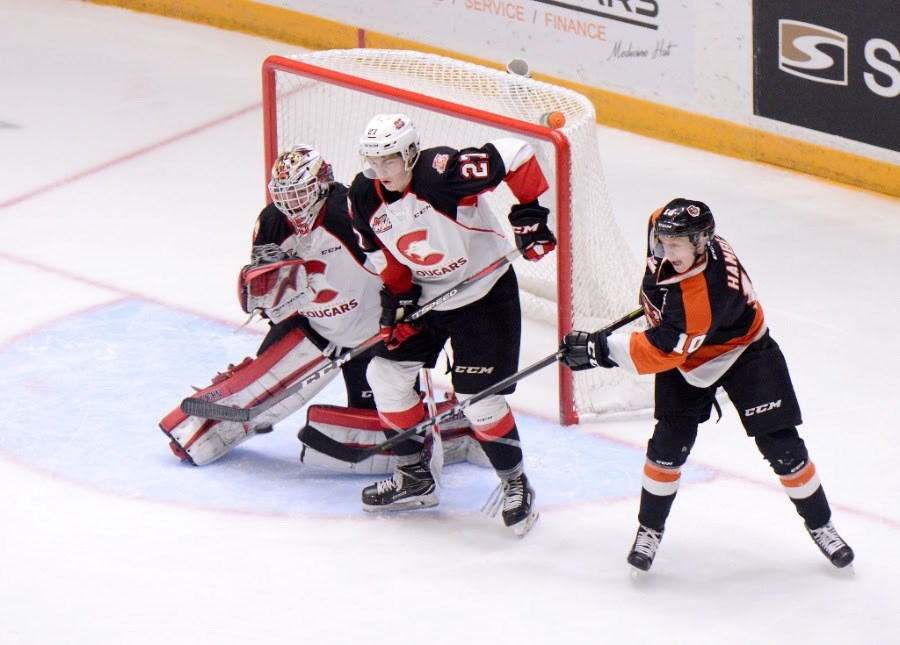 It’s a step back from three players last year, but there is still one Prince George-based hockey product that’s gaining early attention of the big league.

Rhett Rhinehart is off to a good start in his sophomore season with the Prince George Cougars as he’s been named to NHL Central Scouting’s ‘Players to Watch’ list, consisting of young talent across North America and Europe who have some potential at being drafted next summer.

Albeit a preliminary report just three weeks into the 2019-20 season, the 17-year-old defenceman has a ‘C’ rating, which means he’s a selection candidate for the fourth, fifth or sixth rounds of the 2020 NHL Draft.

.@Rhinehart16 has 4 points in 6 games thus far, all assists, & is coming off his 1st full WHL season last year with 24 points. The Lloydminster, Alta. product is the only Prince George-based player on the watch list to start 2019-20 | #CityOfPG pic.twitter.com/LfgMO7IVDl

Last season, fellow blue-liner Cole Moberg and Taylor Gauthier were named to the list and stayed on NHL scouts radar through until the Vancouver draft this past June.

Moberg was the Chicago Blackhawks’ final selection at 194th overall in the seventh round.

Gauthier was passed over, but was invited to Boston Bruins development camp and prospects tournament.

Thus far, Rhinehart’s four points in the first six games have all been assists, but he’s on pace to beat last season’s 24 points in 68 games, which included five goals and 19 helpers.

He was traded to B.C.’s northern capital, along with Austin Crossley, from Prince Albert in January 2018.

Rhinehart is among 44 total players from the Western Hockey League (WHL) in the initial report.

Mid-term rankings will come out sometime early in the new year.

The 2020 NHL Draft takes place in Montreal in late June.