These Prince George facilities are getting upgraded 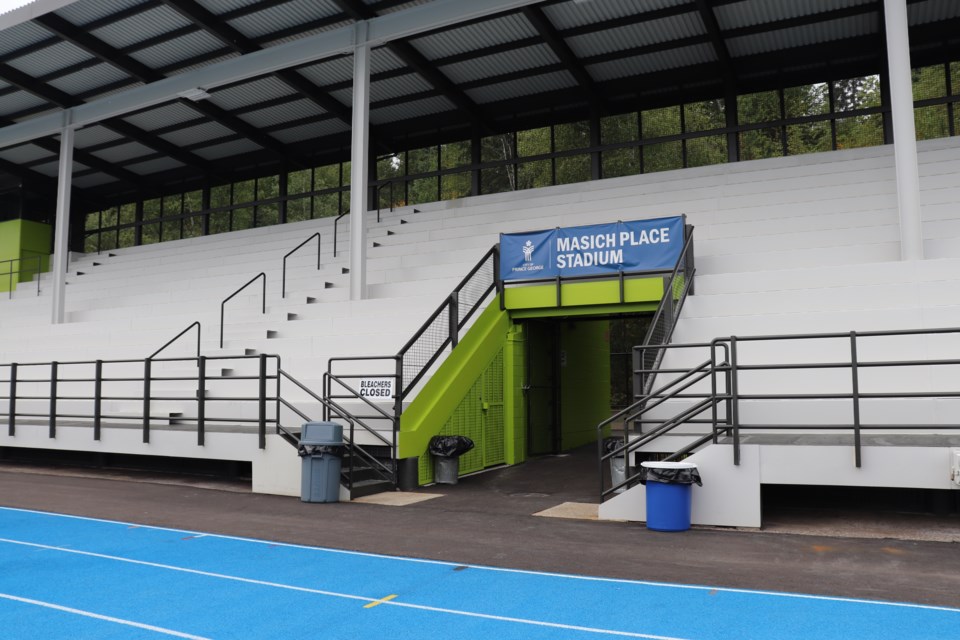 What new city projects and upgrades will be taking place this year?

Some of the work will include more upgrades to Masich Place, new roofs on various city buildings, and an expansion to the mausoleum.

These are a few of the projects from the 2019 – 2023 Capital Plan, which provides for the purchase, construction, rehabilitation, and upgrade of the city’s assets.

These assets include buildings, vehicles, machinery, and equipment as well as infrastructures like roads, drainage, water, sewer, and parks.

Council approved the Capital Plan, which covers five years because that’s the period required by the Community Charter, at the Feb. 11 budget meeting.

Masich Place will get further upgrades to account for the 2022 B.C. Summer Games. 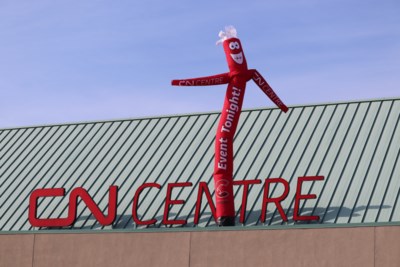 Council deffered replacing the CN Centre's dasher baords. (via Hanna Petersen).
The SPCA, Search and Rescue, Sports Centre, the mechanical bay at the city’s 18th Ave. yard, Two Rivers Gallery, Civic Centre, Seniors Activity Centre, and the CN Centre will all be getting roof replacements from 2019 to 2020.

“I guess my overall comment this evening is about infrastructure and how it is coming home to roost,” said Mayor Lyn Hall during the Capital Plan discussion at the budget meeting.

“Tonight we are struggling because we are seeing the impact of old infrastructure catching up on us and quite frankly biting away at our dollars.”

He added that he was pleased the city had done a facility and parks assessment because, “I think its these major components of our operation we need to have a solid plan in place as to how we are going to play catch up.”

One of the projects included in the plan is the mausoleum expansion at Memorial Park Cemetery which is 93 per cent full and nearing capacity.

“I guess urgency depends on your perspective. I guess it depends on how old you are and a number of things,” said Coun. Murry Krause regarding the mausoleum expansion. “I’ve been approached by seniors for five years asking when it’s going to get built because it takes time to plan and build so it’s ready for them when they need it.”

One project, a replacement of the dasher board system in the CN Centre with an acrylic rink board and acrylic glass system was deferred.

The replacements are mandated by the WHL as a new standard to be in place by the 2019-20 season. Coun. Kyle Sampson requested a deferment until an agreement could be reached with the Prince George Cougars.

“I think it’s a large amount of money to pay and that is the user group that is going to require this. Our other user groups in the facility don’t require this upgrade and it’s their league that is mandating this change,” said Sampson. “So for us to be on the hook 100 per cent seems a bit steep.”

You can take a look at the 2019 – 2023 Capital Plan online and browse through all of the projects included.

Snow closes Masich Place Stadium for the season
Nov 7, 2018 9:29 AM
Comments
We welcome your feedback and encourage you to share your thoughts on this story. We ask that you be respectful of others and their points of view, refrain from personal attacks and stay on topic. To learn about our commenting policies and how we moderate, please read our Community Guidelines.