‘They haven’t eaten in months’: How to keep bears out of your yard in Prince George this spring 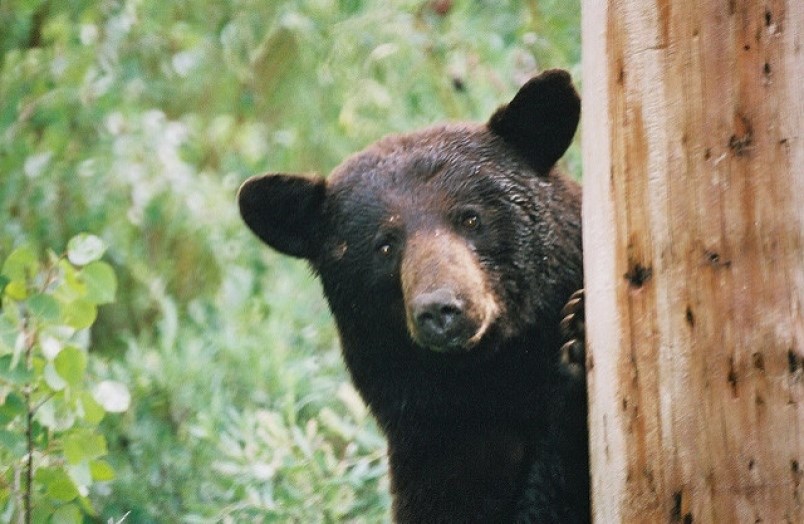 It’s springtime in Prince George which means bears are on the move and ready to start looking for food.

Spotting backyard bears or finding bear-eaten garbage dragged across the street is an all too familiar sight in Prince George that leads to about 35 bears destroyed in the city each year, which is the highest number in the province.

However, the Northern Bear Awareness Society says there’s a number of steps you can take in the springtime to keep the bears away from human food sources and homes.

“They haven’t eaten in months and they come out very hungry and are following noses to any food they can find,” says Nicole Botten, Northern Bear Awareness Society President.

She says because easier meals can be found in the city, especially in homes bordering green spaces, bears follow their noses towards attractants like garbage and bird feeders.

“We don’t think bird seeds smells very strongly but bears do and they love it. It is a great source of calories for them but we don’t want them eating it because it attracts them close to houses.”

Botten says once spring rolls around it’s time to pack away the bird feeders as birds are easily able to find natural food sources in the spring and summer.

“The bird feeders are a big one,” says Botten. “Winter is tough for them so it’s a nice time to feed the birds but they will be fine without them.”

However, the biggest year-round attractant continues to be household garage.

“I think people forget at this time of year that it is time to put their garbage can in a garage or a shed if possible,” says Botten.

She says people also use a ratchet strap to secure a garbage can, which is not bear-proof, but does provide a deterrent to help prevent bears from easily accessing the garbage within.

“If there are other food sources nearby they are not going to spend a lot of time trying to open a garbage can that is secured with a ratchet strap.”

Botten says if you have particularly smelly waste like meat scraps or fish bones, the society suggests putting it in a bag and storing it in a freezer until garbage day to prevent it from stinking up the garbage can and attracting bears.

Prince George is currently trying to achieve Community Bear Smart Status which is a provincial program designed to address the root causes of human-bear conflict.  The city has fulfilled a number of the requirements for the program, but Botten says garbage continues to be the biggest hurdle the city must overcome to achieve this status.

“It also takes support of the community who are willing to secure their attractants,” said Botten, adding that the public education the Northern Bear Awareness Society is providing around bear attractants is making a difference.

She says some other attractants people need to be mindful of in the springtime are compost and barbecue grease.

As compost starts to smell when it thaws out Botten suggests making sure it has enough leaves to prevent it from smelling and to remember to clean the grill and keep it covered.

“These little things do make a difference,” says Botten.

You can find more information about the Northern Bear Awareness Society on its Facebook Page.

This Prince George neighbourhood will be first to test City’s bear-resistant garbage project
Apr 3, 2019 11:24 AM