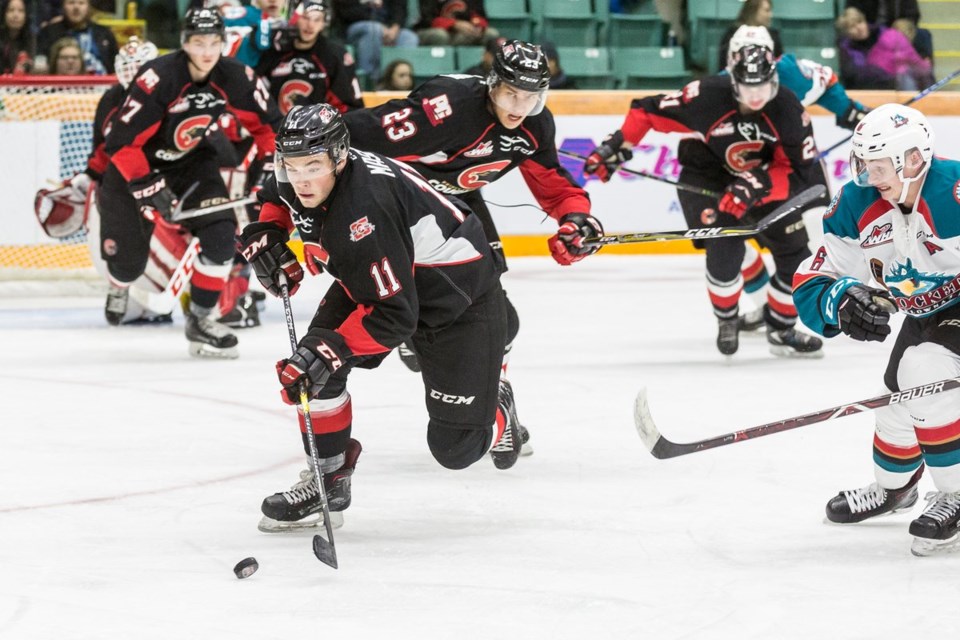 It’s cheaper by the dozen.

That’s the number the Prince George Cougars have now reached at this point in the 2018-19 season, dropping 12 consecutive games, and tying a skid they endured five years ago

On Friday night, in the final meeting of the year between the two clubs the Cats lost to the Kelowna Rockets on the road Friday by a score of 4-3.

RECAP: Kelowna Rockets come back in the third to top Cougars. | #NorthernUprising #WHL

It was the first game with Prince George General Manager Mark Lamb behind the bench on an interim basis and while they may have got the start they were hoping for, the result was not in the game plan.

Taylor Gauthier is credited with the loss, stopping 17 of 20 shots, but was forced to leave the game in the third period due to an undisclosed upper-body injury.

Fifteen-year-old prospect Tyler Brennan finished off the final 10 minutes of the contest, allowing Kelowna’s game-winner two minutes into his debut.

Cole Moberg and captain Josh Curtis got things going with the first two goals of the game three minutes apart in the latter half of the first frame.

Curtis added a power-play marker with 53 seconds left in the period, which followed a Kelowna goal that cut the lead in half.

Prince George maintained a 3-1 advantage for nearly 10 minutes of the second stanza, but from there the Rockets would score three unanswered, including two in the third.

The Cougars get today off to regroup before facing the Vancouver Giants Sunday afternoon with a 2 p.m. puck-drop.

Their record now sits at 16-31-4-2 (38 points), but with both Kamloops and Seattle losing their respective games Friday, Prince George remains eight points back of a wild-card playoff spot.