This Prince George grocery store raised some $12K for charity 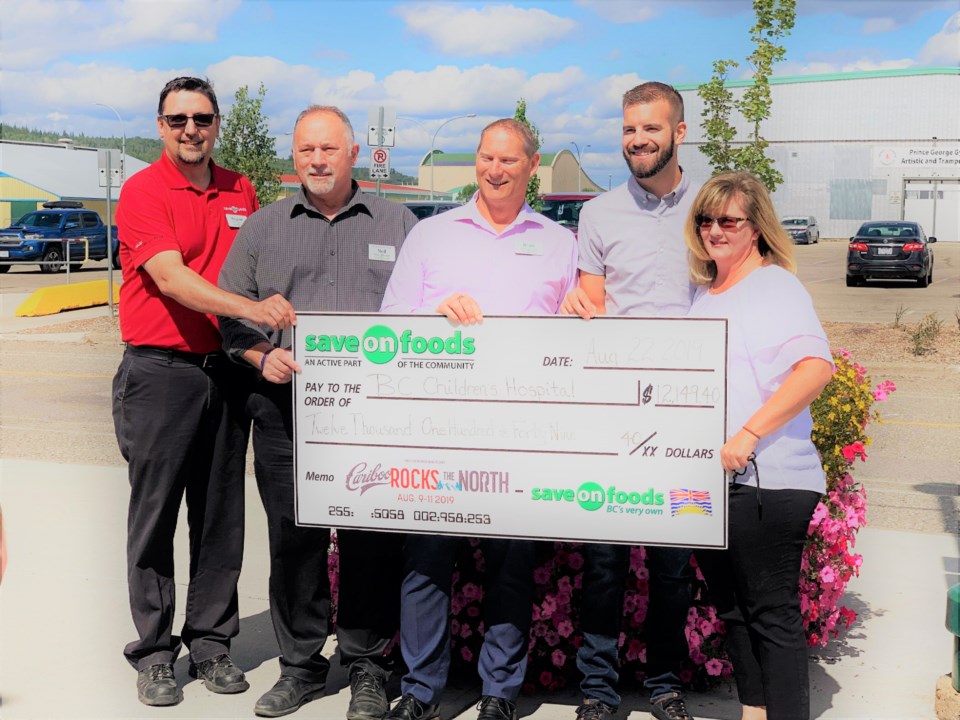 The contribution is a result of a partnership between the Prince George grocery store and Cariboo Rocks the North, held earlier this month. Save-On-Foods had a barbecue set up at the festival and decided to donate all proceeds to charity.

"They share similar values to our events, giving back and making a better community," says Kyle Sampson, event manager of Cariboo Rocks The North.

"The component of raising funds for charity is huge for us and we value what they do," he adds.

Save-On-Foods started working with Sampson four years ago. It all began with a family day and concert night at the brewery, followed by the last two years at Cariboo Rocks the North.

"It's a fantastic event," says Brian Gandy, store manager of the Spruceland store. "It's something our team is passionate about (B.C. Children's Hospital) and it's just great."