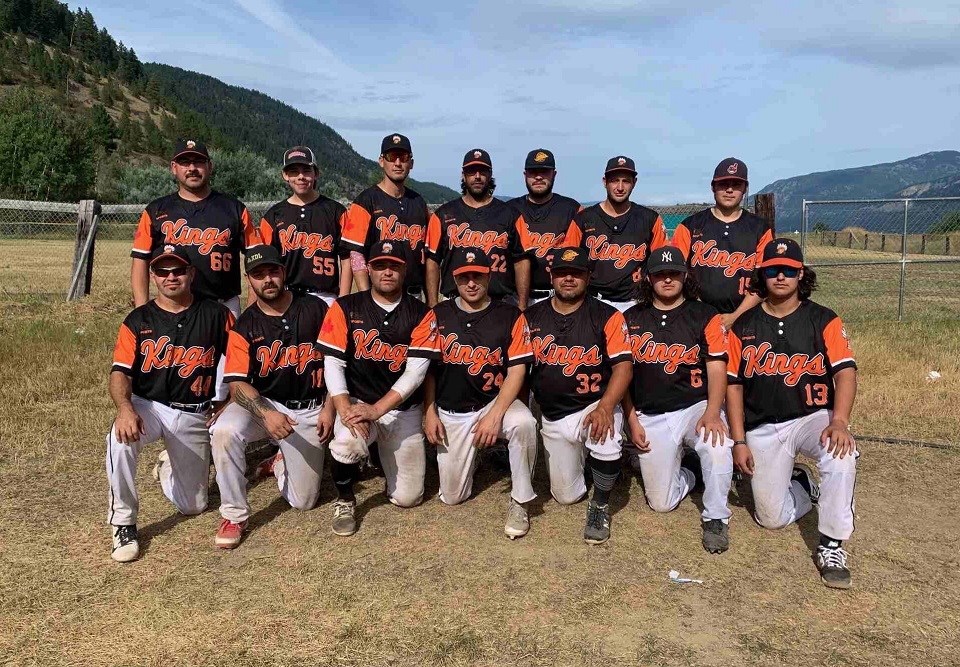 The Big Guy Lake Kings of Prince George pictured at the Kekambas Tournament in Chase in August 2020. (via Mystee Antoine)

Another trip to B.C.’s interior this past weekend resulted in another top-three placement for the Big Guy Lake Kings.

The Prince George fastball club had to rally after losing its first game at the Kekambas Tournament in Chase on Saturday (Aug. 22) in hopes of getting to the championship final.

However, the Kings’ attempted comeback was decided by a single run on Sunday afternoon (Aug. 23), losing to the Kamloops Titans 5-4 in the second semi-final and claiming third place in their third outing of the 2020 season.

Host-Frenchy’s Prowlers relegated the Kings to the consolation side of the double-knockout event rather quickly with a 5-1 opening loss.

This was followed with three consecutive wins, one Saturday and two on Sunday.

Norm Linton and Josh Anderson were the Kings’ winning pitchers in Chase.

The orange and black won the Andre’s Memorial COVID Classic Cup in Kelowna back in early July and lost in the final of the Ashcroft Tournament on Aug. 9.

Kings’ players are back in action this week with their respective Spruce City Men’s Fastball League (SCMFL) teams.