Three of WHL’s four divisions have the green light for 2020-21 games. Is B.C. coming soon? 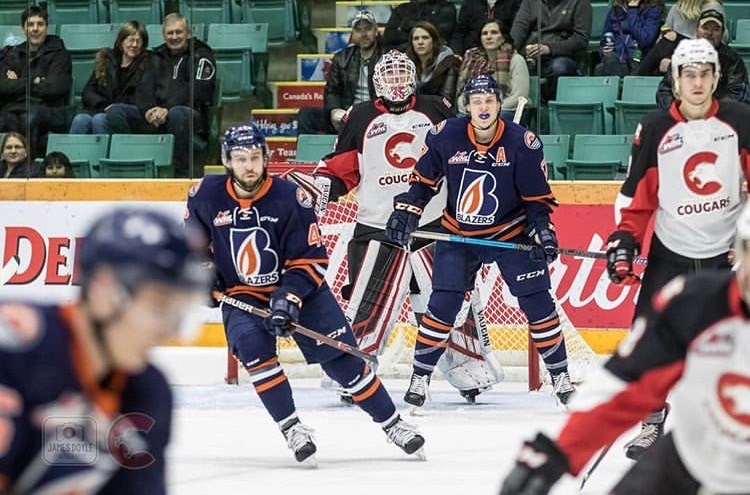 The Western Hockey League’s (WHL) B.C. Division, which includes the Prince George Cougars, is the last one standing.

On Friday (Feb. 12), the league was given the all-clear from the Saskatchewan and Manitoba governments on a Regina hub-city format for its East Division, which will house seven teams following COVID-19 safety protocols for a 24-game season per club.

All games will be played at the Brandt Centre, fans will not be allowed to attend, and players are set to begin quarantine on Feb. 20 before arriving at the Pats home arena on Feb. 27 for testing and a second isolation period.

This now means three of the WHL’s four divisions will play hockey in the near future:

As of this publication (Feb. 13), B.C.’s return-to-play plan has not yet been given the go-ahead from Provincial Health Officer Dr. Bonnie Henry to host games as a result of current COVID-19 public health orders in place until further notice.

However, when the announcement was made on Feb. 5, she said the hope is to ease some restrictions that would allow competitive sports, but only if the pandemic’s situation in the province improved.

In early February, the WHL had proposed a double-bubble format in which Kamloops and Kelowna would co-host the games.

Prince George, as part of the plan, would play in Kamloops against the Blazers and Vancouver.

Henry said she would be "continually reviewing" whether data supports ending restrictions early, or extending them into March, and beyond.

"We all want to get to the days where these orders can be lifted," she said on Feb. 5

"As we look toward the end of this month, these data will tell us if more action is required, or if we can start to ease the restrictions we have in place through our shared efforts."

Yesterday, Henry did not mention the WHL in her COVID-19 update.

So while it remains unclear if the B.C. Division has received any feedback about its plan, the Cougars have been excited about the WHL’s 24-game commitment since its announcement on Jan. 8, citing that safety continues to be a top priority for everyone involved when a plan is ultimately approved.

“The main process is getting [the players] in a team environment and what they’re used to. All these players want to do is play hockey,” said Prince George General Manager and Head Coach Mark Lamb.

Regardless of how the season will look at the end of the day, Lamb believes the pace of play won’t be any different than what fans would see in a normal 68-game schedule.

The Cougars have continued to encourage the public to follow COVID-19 safety guidelines in this time of patience and uncertainty.

- with files from Jess Fedigan, PrinceGeorgeMatters, and Wayne Moore, Castanet

Aside from no starts and a silver medal, World Juniors experience will last a lifetime for Prince George Cougars’ Taylor Gauthier
Jan 8, 2021 2:43 PM
Comments